I’ve never loved a TV show enough to get a tattoo of it, but if I did, it would be something unique like this knuckle tatt of the U.S.S. Enterprise D. When his hands and fingers are separated, everything is normal, but put them together and you have yourself a mission to explore strange new worlds. Saucer separation has never been easier. 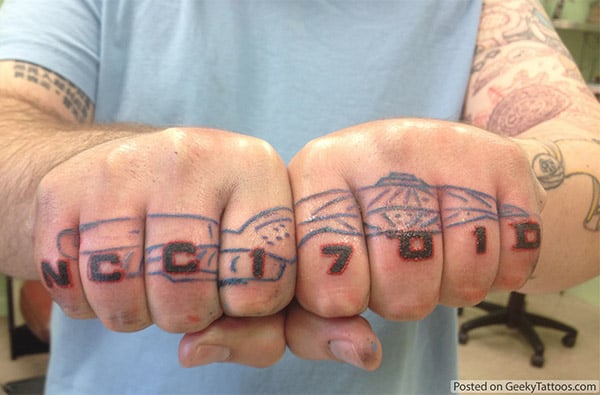 These knuckles belong to Jason Criss. Much like the Enterprise’s ongoing voyages, his tattoo isn’t finished yet. He plans on adding more shading and colors after the initial outline heals.

I think it should be glow in the dark, so he can sit in a dark room and hum the theme song, recreating the intro. Bonus: If he holds a lightsaber, it looks like phaser fire!

[via Geeky Tattoos via Neatorama]