These unusual ice cream flavors were unveiled by at the Small Bird Expo in Osaka, Japan by Torimi Cafe: sparrow, parakeet, and cockateil. Sounds exotic, doesn’t it? 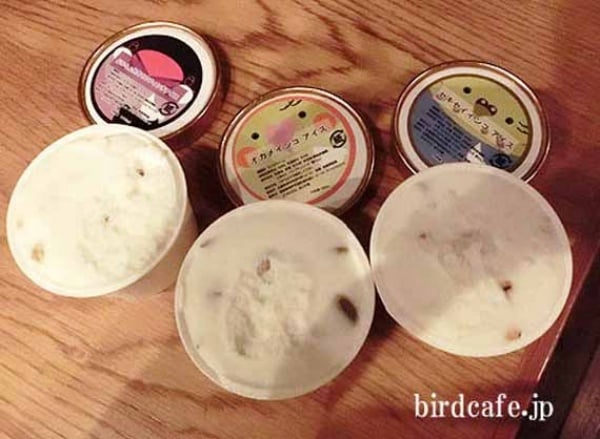 Before you wrinkle your nose in disgust, note that the ice cream wasn’t made with these actual birds as the ingredients. Instead, the ice cream is actually made using the type of food that the birds eat. The sparrow-flavored ice cream is flavored with grains and marshmallow; the parakeet ice cream has honey and apple thrown into the mix; while the cockatiel ice cream contains pumpkin and sunflower seeds mixed in. 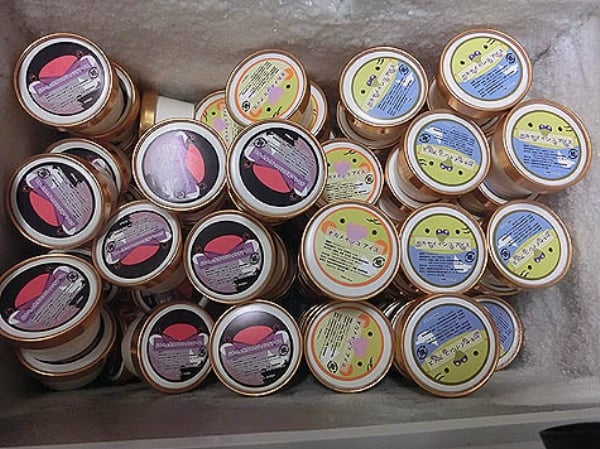 As for the taste, Torimi Cafe describes the sparrow ice cream as giving you “the feeling of pressing the breast of a java sparrow into your mouth.” Parakeet apparently feels like “eating some vanilla ice cream in one hand and then taking a whiff of a parakeet in your other hand,” while cockatiel is like when “you’re sleeping with your mouth open and your cockatiel runs over your face and gets its leg in your mouth.”

I don’t think those descriptions sound particularly appetizing, although they are quite fun to read.