Chandelier Turns Your Room into a Forest

Chandeliers add a certain flair to any room you put them in. They can be colorful or glittering with crystals, long or short, and wide or narrow, and fitted with lamps so they can aptly illuminate the room.

Forms of Nature is another chandelier, but it’s more of an art form since the light sculpture does more than just light things up when you turn it on. 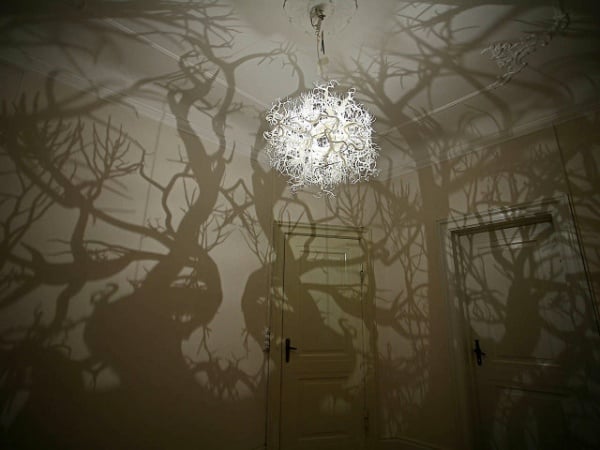 Flicking that switch on will cast shadows of twisty and thorny vines and branches on your walls that looks the outline of a very creepy patch of woods. Kind of like the ones Red was running around in when she was running from her wolf of a grandmother.

Forms in Nature was created by Hilden & Diaz, which is a collaboration between artists Thyra Hilden and Pio Diaz. 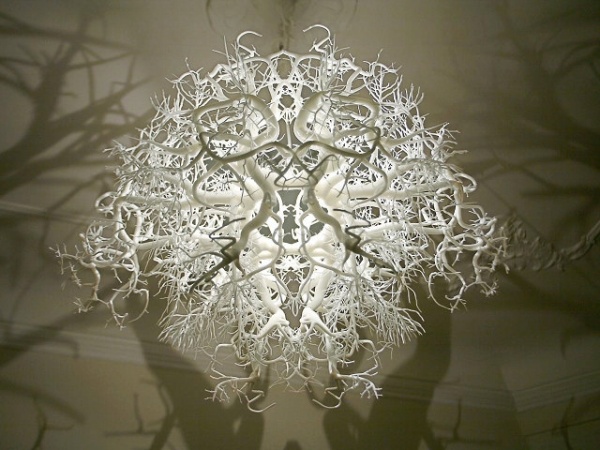 The light sculpture is described as resembling and being inspired by Darwinist Ernst Haeckel’s drawings and plots of nature. It is described by its creators as “artwork with a light source surrounded by a dense and unruly tree and root system created in minature sculpture. The forest is mirrored around it’s horizontal central axis and forms a circle 360 degrees around the light source and thereby leads one onto the notion of a real world versus an underworld.”

Forms in Nature has been such a hit that Hilden & Diaz are currently working on launching a Kickstarter campaign to produce 100 pieces of the light sculpture.