Darth Malgus Cosplay: the Jaw-dropping Side of the Force

A couple of years ago we saw a Final Fantasy cosplay that looked like an action figure come to life. This Darth Malgus cosplay on the other hand doesn’t just look like a life-size toy. Even though the costume is based on the Sith lord from the Star Wars: the Old Republic MMORPG, this dude looks like he stepped out of a Star Wars movie. From the future. 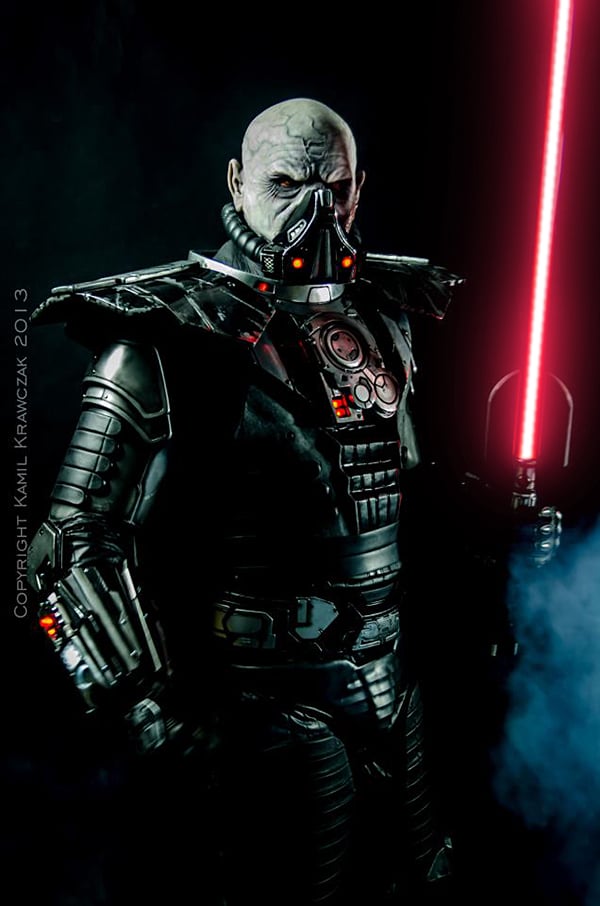 The artist behind (and inside) the costume is RPF member Darth Serberus. With the exception of the lightsaber prop, Darth Serberus designed and built the entire thing. He claims on YouTube that he has worked in the film industry for 20 years and now uses his skills for private commissions. The video below validates his claims:

Wow. I’m sure he’s a lot more imposing in person, especially since Darth Serberus is a ripped 6’6″ beast of a man. Head to Darth Serberus’ thread on RPF to read about how he made his costume, plus a bonus shot of him in a Bane costume.