We’ve seen a variety of artificial exoskeletons that can augment a person’s strength and even help disabled people walk again. Their main disadvantage is that they’re quite bulky and heavy. That’s why DARPA is working on a similar suit, except this one’s meant to be worn like an undergarment. 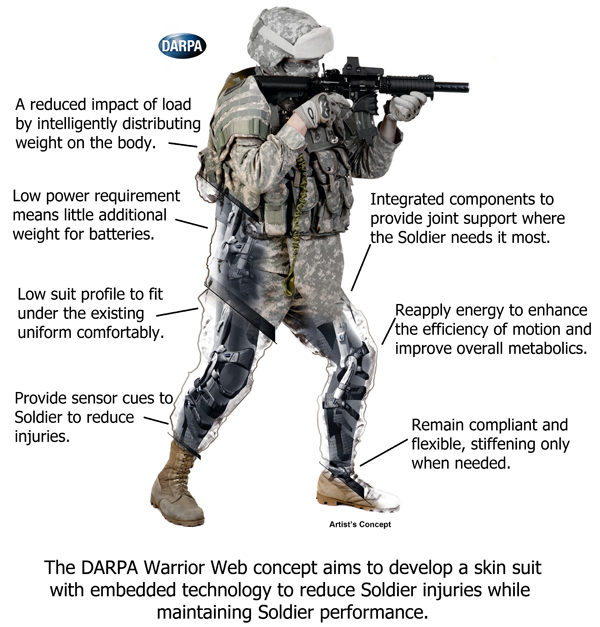 As indicated in the concept image above, the Warrior Web suit is designed to help soldiers carry additional load while supporting injury prone areas such as the ankles, knees and hip joints. The idea is to provide all this while still allowing the soldier to wear the usual clothing and armor. The video below shows a soldier carrying a 61lb. load while wearing a Warrior Web prototype: