Remember those 8-bit video games from yesteryear, with thier pixelized animation and primitive music and sound effects? Well, CineFix is taking inspiration from these vintage games for a new series called 8-Bit Cinema, where they’ll be retelling popular movies in sixty animated seconds of pure awesomeness. 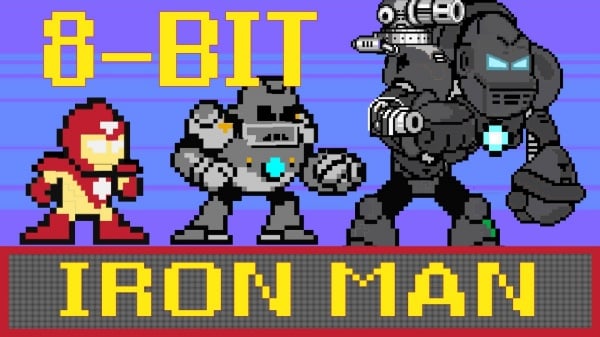 The series debuts with the original Iron Man movie. It skimps on the details but keeps all of the good stuff and retells Iron Man in a fun and compelling way – all in under a minute. You can check out the clip below:

Not only did they nail the major plot points of the movie, but it actually looks like a pretty fun game.