Check out this amusing cosplay of all of the Avengers assembled into one body, put together by Damon McNeill. I’m not sure if he couldn’t make up his mind or just wanted to shake things up. But either way, the cosplay is pretty awesome and is truly one of a kind. 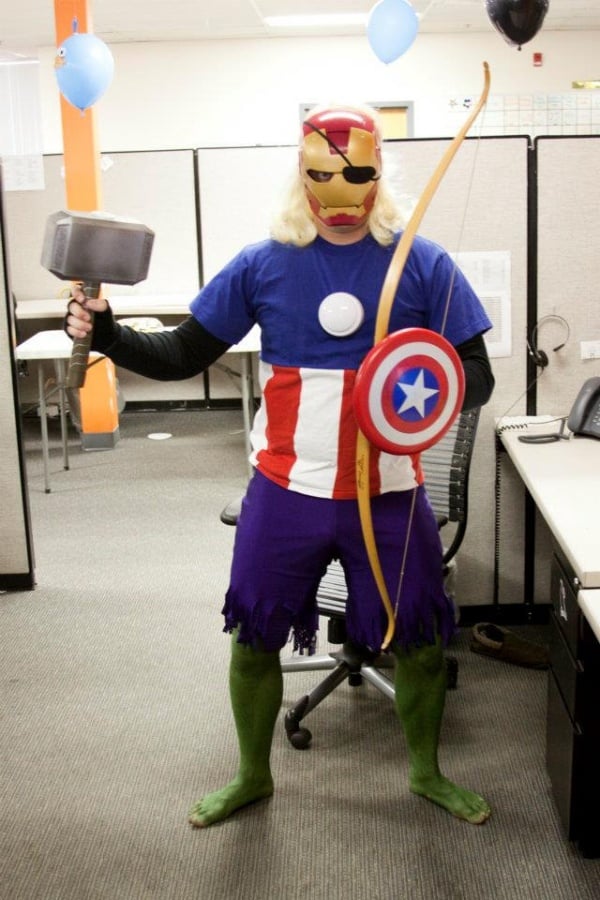 So you’ve spotted elements of Captain America on the dude’s shirt and shield, Iron Man on the helmet and chest light, Thor with his hammer and hair, the Hulk with his shorts and legs, Hawkeye with his bow, and Nick Fury with the eye patch. That leaves the Black Widow…

Before you think he wasn’t able to figure out a way to incorporate the vivacious female member of the Avengers to his costume, look at his arms more closely.

[via Fashionably Geek via Laughing Squid via Geekologie]