The Mindstorms line already makes it possible to create robots, machines and other moving and highly interactive toys out of LEGO. But the company isn’t resting on its laurels. Recently LEGO teamed up with Sony to make what they’re calling Toy Alive – prototype LEGO bricks that have motors, LEDs and even cameras. 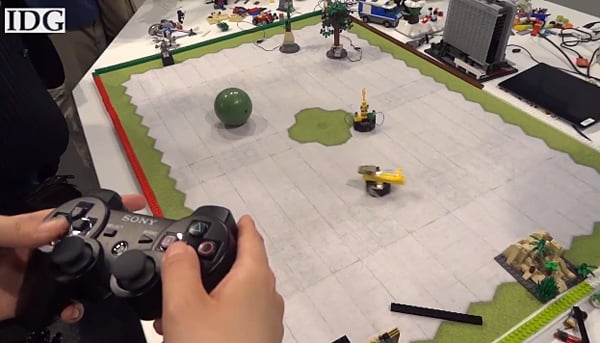 Toy Alive was one of the prototypes shown off by Sony Computer Science Laboratories Tokyo at its 25th Anniversary open house. As you’ll see in the video below, the embedded gadgets can be controlled wirelessly. There are motors that let you race LEGO, actuators that can be used to destroy LEGO structures on cue and a LEGO toy with a built-in camera that sends footage to an iPad app.

Sony researcher Alexis Andre explained that the collaboration aims to look at ways to combine the strengths of videogames and LEGO. The Toy Alive prototypes provide kids with a wider array of interactivity compared to normal LEGO toys without restricting their imaginations, as most videogames do. You can listen to Andre talk about Toy Alive at around 0:58 in the video below:

[via Network World & The Japan Times via Topless Robot]