VR Cinema 3D for Oculus Rift Gives You Your Own Theater, Seats Included

My brain hates first-person games, so most of the stuff I’ve read and seen about the Oculus Rift don’t really interest me. But I’d be willing to buy the Rift just for Joo-Hyung Ahn’s VR Cinema 3D. It’s an app for the Rift that lets you watch videos in 3D while you’re inside a virtual movie theater. 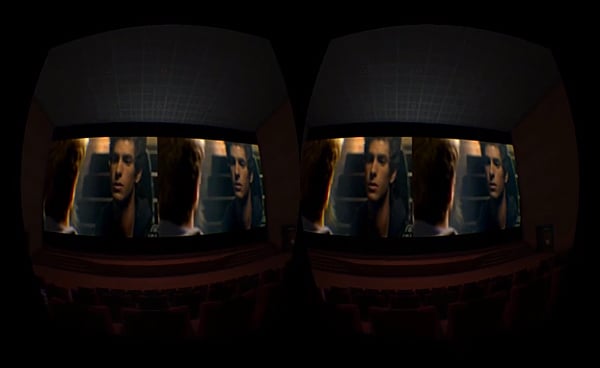 As Ben Kuchera described at the Penny-Arcade Report, VR Cinema 3D doesn’t just let you watch videos on an enormous 3D screen. It lets you move around the theater. You can change seats and perhaps even faff about, fall asleep and ignore the movie altogether. The way Kuchera describes it, Joo Hyung-An seems to have captured the perspective of being in a cinema so well: your perspective of the screen changes accordingly when you move around, and the theater is believably dark and spacious. It’s a happy place for introverts and claustrophobes.

Those of you who have a development unit of the Rift can use VR Cinema 3D for free. Head to Joo Hyung-An’s website and click on the ‘Projects’ header to see the download link.

[via The PA Report via Movies]