Minddrive is a non-profit program in Kansas City, in which students have designed an interactive car-powered by social media. This car is powered through Twitter, Facebook and Instagram. 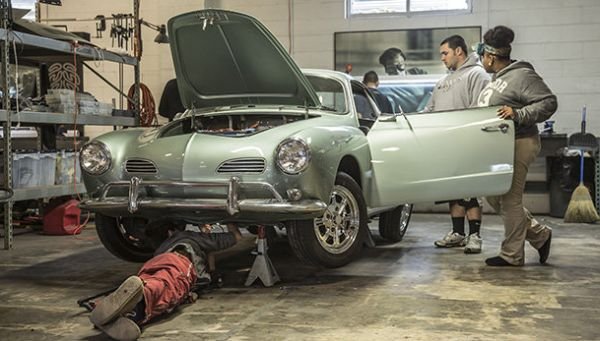 The students converted a vintage Volkswagen Karmann Ghia into an electric car operated via tweets, shares, and likes. They have a tablet linked to the engine’s circuitry that controls the power flow, converting each mention of Minddrive project on the three social networks into energy or “Social Watts.” A new like on an Instagram photo adds one watt, and a comment or share on Facebook gives three watts and a new follower on Twitter translates as five watts.

They are trying to raise awareness about the non-profit so the team will use this social fuel to drive the car from Kansas City to Washington, DC. They will need 71,040 social watts to get there. Hit their website to help them out.