The original Nintendo Entertainment System’s controller lends itself so well to geeky reinterpretations thanks to its simple, rectangular form. And now, here’s another cool use for the iconic controller – a night light. 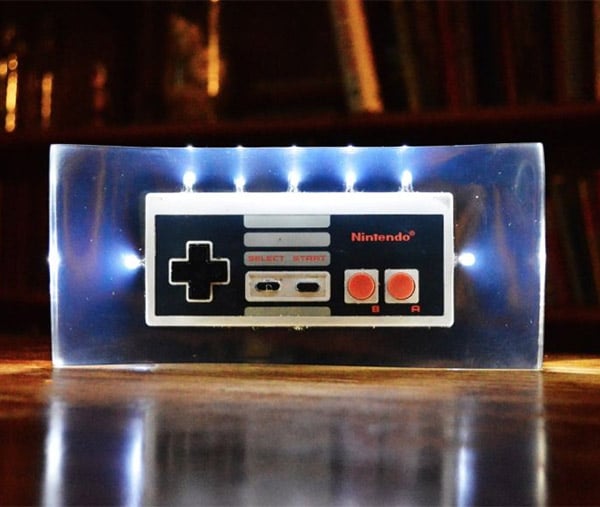 This nifty night light was put together by DIYer lonesoulsurfer, and is basically an old NES controller outlined with LEDs, and set into a clear resin shell. 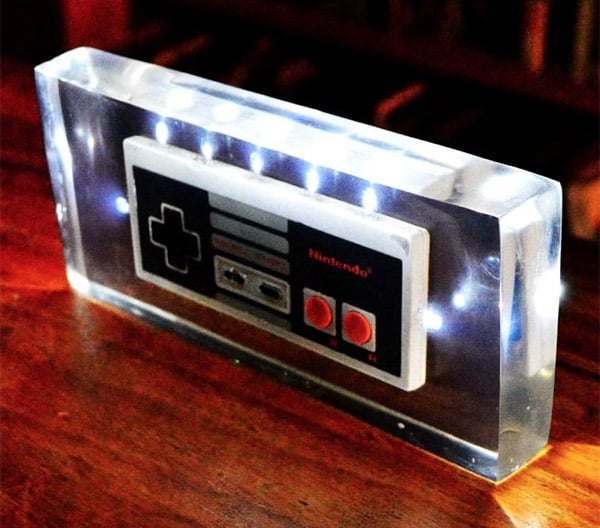 The circuit is triggered by tilting the controller, and tilting it multiple times can switch it into a blink mode too. And if you’re wondering how you change the batteries in this thing, you don’t. It’s powered by a solar panel.

It’s pretty nifty, and you can check out the full build instructions to make your own over on Instructables. Since the whole thing is cast in resin, I don’t see a reason why you couldn’t do this with other game controller either.