If you drooled at the PS Vita hack we saw last year that allowed for Remote Play via PS3, check this out. Sony may have found a solution to the PS Vita’s languishing hardware sales and intrigued more Sony faithful in one fell swoop. The company has acknowledged that they will require PS4 games to support Remote Play, with some exceptions. In other words, you’ll be able to stream most PS4 games from the console and play them on the PS Vita. 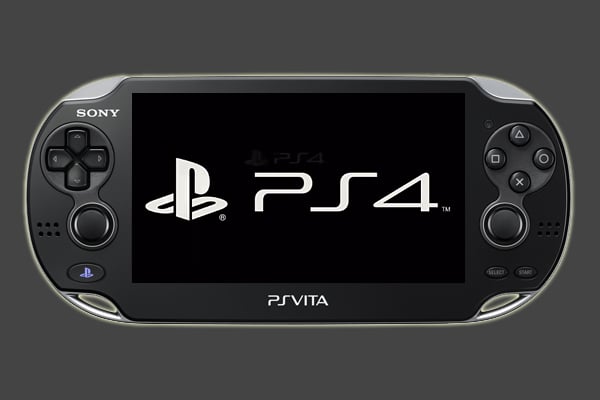 The feature was confirmed via Twitter by Shuhei Yoshida, the President of Sony’s Worldwide Studios. When asked if PS4 games will use the Remote Play feature, Yoshida responded, “Yes, it’s true unless the game requires specific hardware like the camera. It will be great to play PS4 games on PS Vita.” 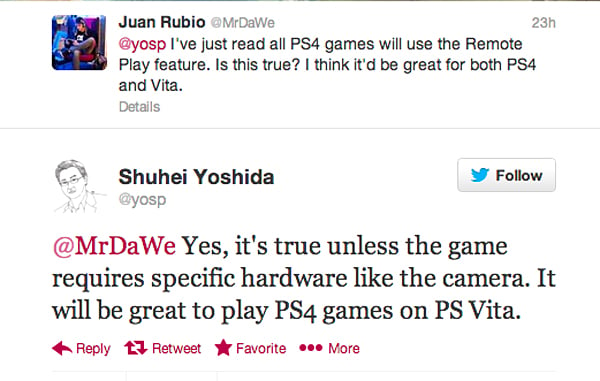 This is awesome news. It’s so awesome that you have to wonder why Sony didn’t boast about it more during the announcement of the PlayStation 4. I’m pretty sure they mentioned it in passing, but remember, Nintendo boasted about this exact same feature on the Wii U, and rightfully so. Obviously PS4 gamers will have to buy a PS Vita to enjoy Remote Play, and the Vita’s rear touchscreen can’t fully make up for the lack of R2 and L2 buttons. But still, this is a blessing for gamers who have to share their TV or don’t have enough space for a TV in their room.

If this takes off and more people buy the PS Vita, perhaps that will help push more publishers to release games on the handheld. I’m not entirely sold on this feature; we obviously haven’t seen it in action, we don’t know how the PS Vita’s battery will hold up with Remote Play, etc. But it’s one that I personally have been hoping for ever since the PS Vita was released, so I guess we’ll just have to be hopeful and wait until its big brother comes out this Holiday.

[via Shuhei Yoshida via Siliconera]