Anti-Crack Ad is Slowly Eaten by Insects: This is Your Brain on Bugs

People know that smoking is bad for their health. Most of them are also aware of the fact that doing drugs might make them loopy. Yet people still smoke and use all the same.

Text warnings can only do so much, so for cigarettes, some institutions pushed for manufacturers to print graphic pictures of the negative effects on the actual boxes. One study found that cigarettes packages with these pictures on the package reduced cigarette demand by 17%.

Perhaps following this lead, Brazilian ad agency Talent put up a bunch of posters showing what would happen to you if you smoke crack. 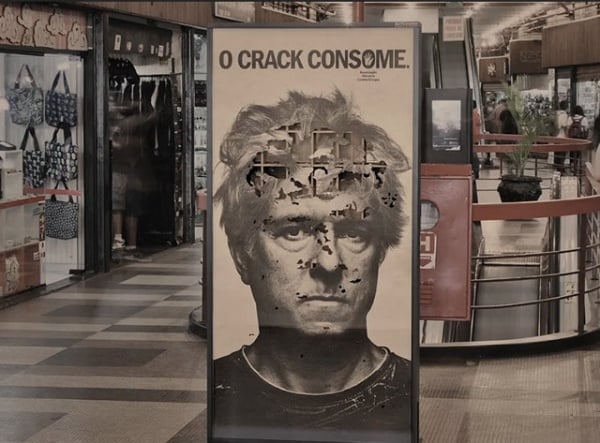 It’s not an outright graphic image, but in time, it shows you what’ll happen to you if you continue doing drugs.

The posters aren’t printed on paper, but are actually made of thin sheets of dough. In time, flour beetle larvae (also known as mealworms) slowly eat through the dough, poking holes into the face of the person on the poster and literally eating away at his face.

The ads were run in São Paulo, Brazil, but maybe they should be run all over the world for good measure.

[via Taxi via Gizmodo via Geekologie]