On the eve of this year’s Computex international computer and technology fair, ASUS announced two desktop PCs with an optional component that can save both themselves and other gadgets. Both the upcoming G10 and M51 computers will support the ASUS Power Pack, an optional 6,000 mAh external battery pack that doubles as the computers’ UPS. 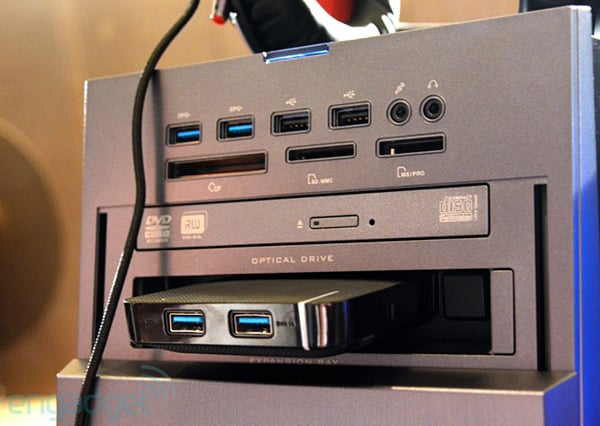 The Power Pack is the black device jutting out of the G10’s expansion bay in the image above. You can take the entire thing out and use it to charge mobile devices on the go via its 2 USB ports, then dock it back to recharge it. But as I mentioned above, while it’s docked it also pulls double duty as an uninterruptible power supply or a UPS. I’ve edited this section to make a correction that Liam mentioned in his comment below. I previously stated that the Power Pack can sustain the G10 or M51 for up to 30 minutes. The fact is it can only do so for 25 seconds; it’s confirmed on the G10’s product page. It’s still better than nothing, but I’m not sure if that’s long enough.

You can read ASUS’ press release to find out a bit more about both PCs. But I bet some of you are already busy thinking of ways to hack an external battery to your PCs.