If you want your kid to have the Star Wars experience, start them at an early age. Make them a landspeeder stroller and push them around while you go shopping. 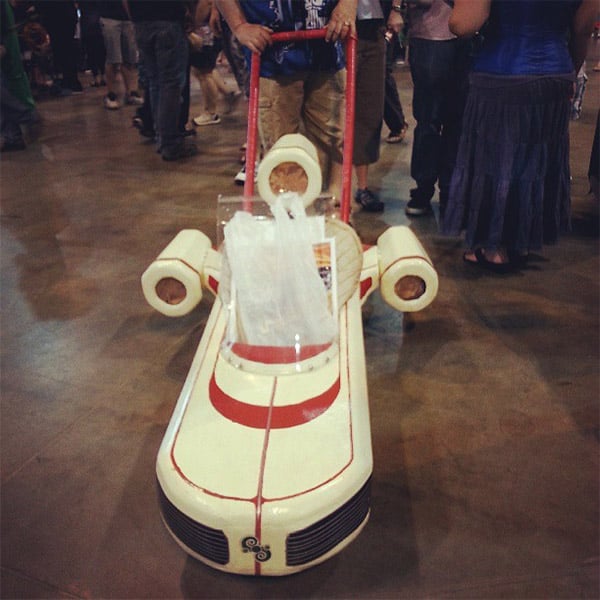 In the image it is being used to haul some bags, but there is some lucky kid that gets to ride in this thing. It’s one of the best first sets of wheels a kid can have. It’s all downhill from there. He or she is going to want an X-Wing or a Millenium Falcon for his 16th birthday.

This stroller was spotted at Denver Comic Con. Of course. You have never seen such a wretched hive of geeks and nerdery.