Years of hunching over his laptop took its toll on James Olander. He claims that the damage on his nerves reached an extent that he was advised by his doctors to lay off laptops or he might not be able to type again. Fortunately, James is an engineer. So he designed a laptop stand that can help him and the millions of other people who have hunchedoverlaptoposis. Or whatever its medical name is. 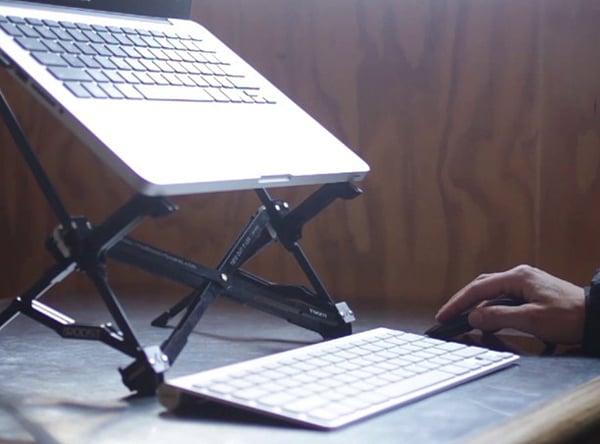 James calls his laptop stand The Roost. There are hundreds of different laptop stands already on the market, so why would you want The Roost? It’s not on fire, but there are three things that make The Roost stand out. First is the sheer height at which it can raise a laptop: 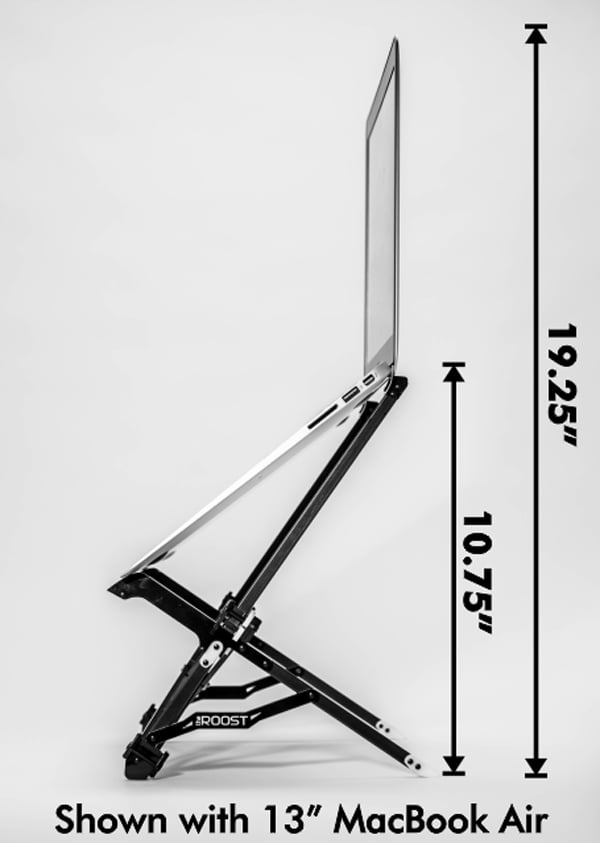 Here’s another shot that shows just how high it raises the screen: 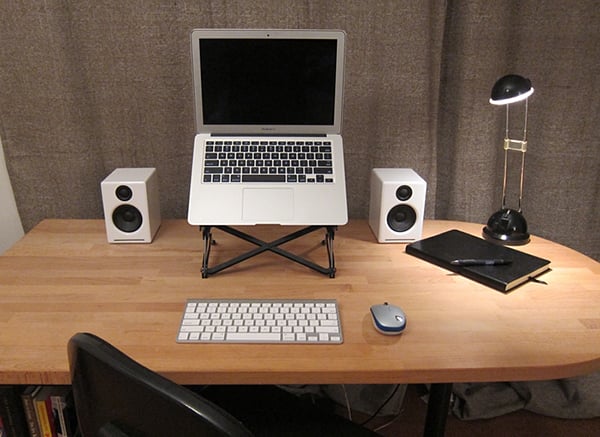 Unless everything else in the image above is really tiny, I’d say that the MacBook Air is at or maybe even above eye level there. The second advantage of The Roost over other stands is that it folds into a very compact shape. Finally, The Roost is made of carbon fiber and a flexible and durable plastic, making it strong enough to support up to 200lb. even though it only weighs 5oz.

Pledge at least $65 (USD) on Kickstarter to get The Roost as a reward. You can check its official website for the list of compatible laptops.