In all the years of the Star Wars franchise, we’ve never seen a droid eat a thing. As a matter of fact, we’re not sure when any of the Rebel or Imperial soldiers take time out of their busy days to eat either. Now, R2-D2 can add one more ability to his ample bag of tricks – delivering hot and delicious pizza. Now, maybe the Rebel Alliance will get a leg up, since they’ll finally have something in their bellies. 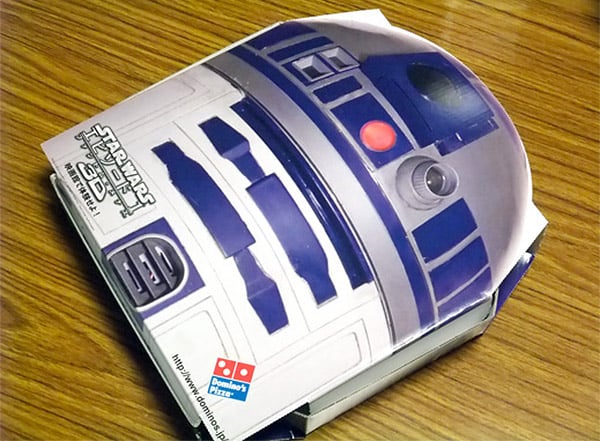 This R2-D2 pizza box was spotted at Domino’s in Japan, and it’s a perfect likeness of everyone’s favorite little garbage-can-on-wheels-cum-droid. Apparently, it was the only good thing to come out of last years 3D re-release of The Phantom Menace. Why would anyone think that Jar Jar in 3D would be a good idea? 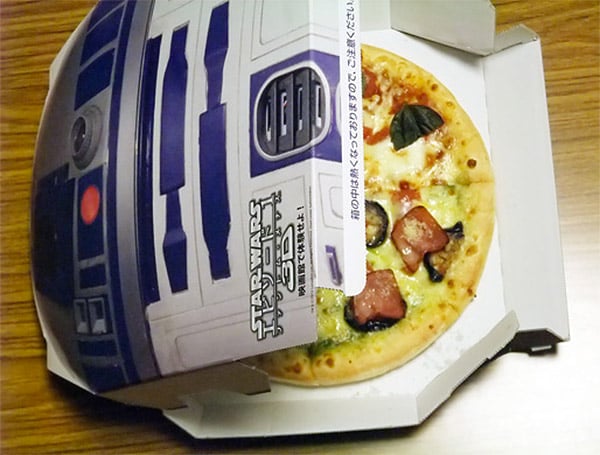 [via The Clearly Dope via That’s Nerdalicious via FoodBeast]