Now I’m no expert on agriculture, but I didn’t know that Gotham had any farms left. Then again, the Scarecrow had to come from somewhere right? That helps to explain this kick-ass tractor that looks like it came from Wayne Industries, right alongside the Tumbler we all know and love. 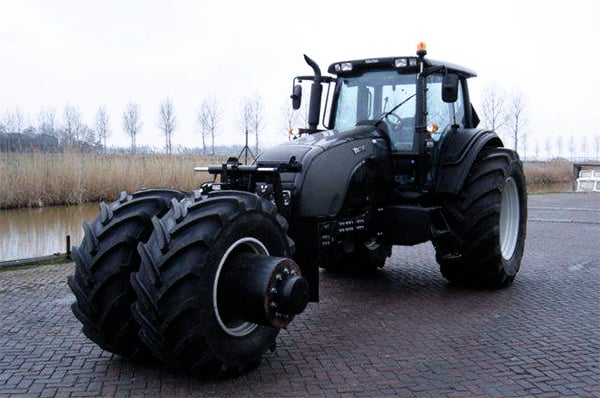 This tractor was built in the Netherlands, and it just happens to look like the Dark Knight’s tumbler. I’m sure it’s just a coincidence. Yeah. That’s all. This guy probably doesn’t have a Batcave and talk in a gravelly voice. At least that’s Lucius Fox told me.

He is not at all preparing armor, along with a black cape and cowl to fight crime in the Netherlands. Nah. That’s just crazy. So crazy it just might work.