If you ask me, the market for wireless speakers has really reached a point of saturation. So it really takes a lot for me to write about them anymore – let alone be wowed by one. Well consider me wowed. The Wren V5 speaker is, in my opinion, the most artful wireless speaker I’ve seen so far. 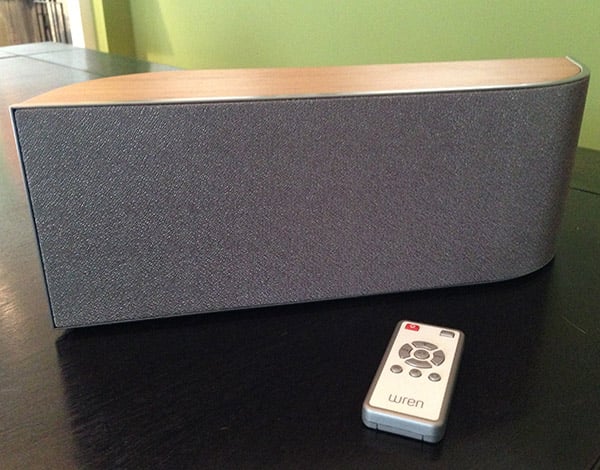 First impressions are huge, and when I took the Wren out of its box and protective wrapper, I was stunned by how beautiful this thing is. This is one of those rare times where the product looks better in person than in its studio photos. Constructed primarily from veneered MDF wood, it looks and feels just so substantial. This is a speaker that would look great sitting on any table or desk, no matter what your design aesthetic is. I personally love the bamboo finish of the speaker I got to test out, but it’s also available in a darker rosewood finish. Dimensions for the Wren are 6-1/8″ (H) x 16-5/8″ (W) and 4-1/4″ (D), and it weighs a hefty 6.6 pounds. 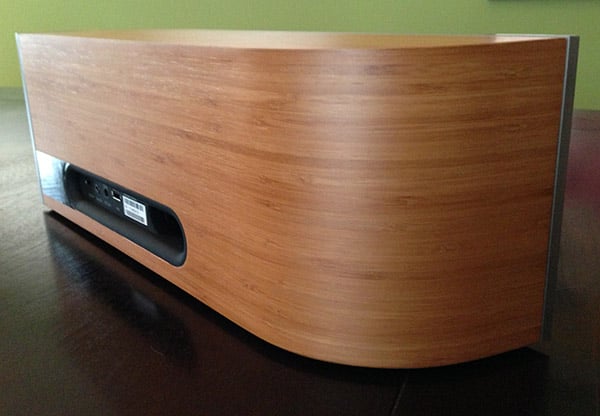 Of course, a speaker is only as good as it sounds. Powered by a 50-watt, DSP-powered class-D stereo amp from Intersil, this thing certainly has plenty of punch to go around. Its powered by two three-inch mid/bass drivers, and a pair of 19mm soft dome tweeters.

In my experience, the Wren produced amazingly solid room-filling sound along with clean, but not overly boomy low-end, thanks to its wooden ported bass cabinet. Cranked up to 100% volume it was loud with virtually no audible distortion, and no clipping that I could hear. It doesn’t hurt that the grill cloth is acoustically transparent, the enclosure is built to minimize unwanted resonance, and it’s set onto an acoustic-damping silicone base. That said, it doesn’t provide any equalization controls, so you’ll want to keep that in mind if you like to fine-tune your speakers. 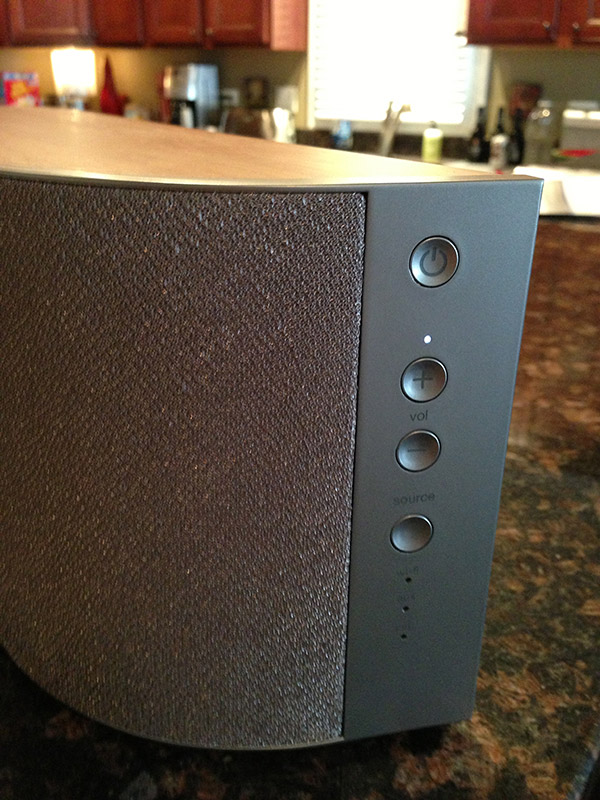 The Wren can be connected via Wi-Fi, USB or a wired analog audio connection, but unfortunately not Bluetooth. However, the added range and flexibility of Wi-Fi trumps that in my book. Yes, it takes a few extra seconds to establish a Wi-Fi connection rather than Bluetooth, but it’s well worth having the ability to control the speaker from your computer or mobile device, as well as to have multiple devices playing music at the same time. That said, Wren does mention on its website that Bluetooth support is “coming soon.” Though I’m not sure if current owners will be provided with an upgrade path. Once connected, the speaker shows up like any other AirPlay device, and playback can even be controlled via the included remote. 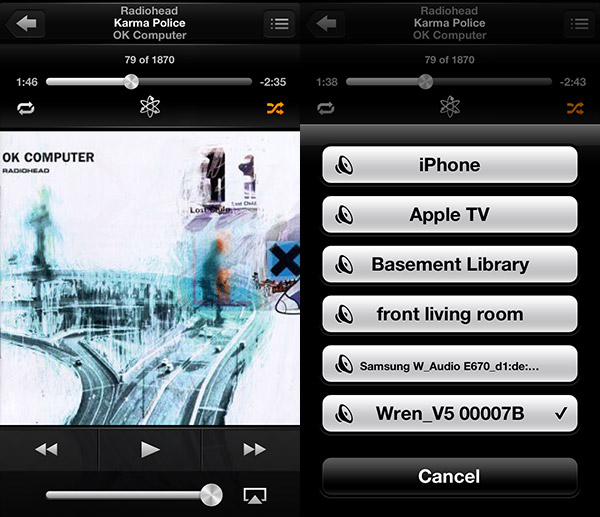 It should be noted that the Wren hasn’t been officially approved by Apple for Lightning Connector devices, but it’s been thoroughly tested and works on the iPhone 5, iPad 4th Gen and iPad Mini. I had a little trouble getting the simple “one button” Wi-Fi connection to work with my iPhone 5, so I had to connect it to my Wi-Fi network via a web browser instead. But that’s no big deal – it takes just a couple of extra seconds, and it’s a one-time operation. In addition, Wren is planning an app to allow for easy Wi-Fi setup as well as for loading firmware updates slated for release late this Summer.

If you use Apple devices, you’ll want to go with the Wren V5AP, which offers AirPlay compatibility – and if you’re an Android user, go with the V5PF, which is compatible with Android 2.2 and later devices, via Play-Fi. Both models of the Wren V5 sell for $399.99(USD) and are available on the Wren Sound System website. As an added bonus, Wren includes an unheard of three-year warranty, so you’re covered if anything goes wrong for quite some time. You can also swap from the iOS to the Android version or vice versa for just $99 – though you’ll get a equivalent quality refurb for that price.

Minor inconveniences aside, I loved the look and the sound of the Wren, and would be happy to have one sitting on my bookshelf.