Steampunk AT-AT Liquor Cabinet: for the Lords of the Victorian Empire

Vancouver artist Colin Johnson made a unique piece of furniture shaped like the AT-AT from The Empire Strikes Back. He calls it the Emperor’s Cabinet. You wouldn’t want to take down this Imperial Walker, but you would want to open it up. That’s because it’s hiding drinks behind its door. 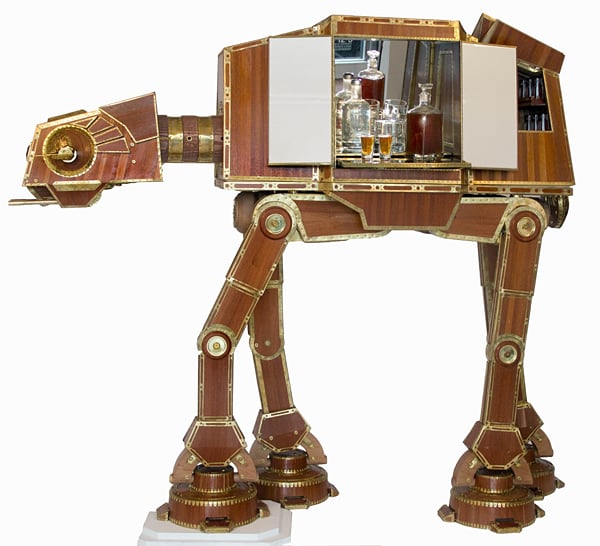 Colin made it out of plywood, mahogany veneer, brass and glass. I wonder what a Jedi’s drink of choice would be. I assume the Sith just drink the blood and tears of their victims. 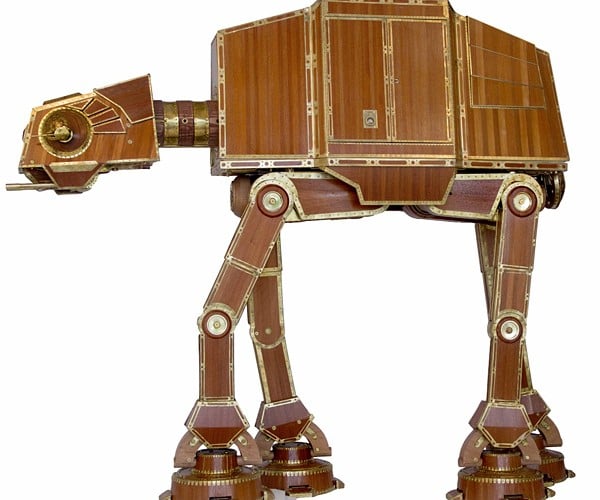 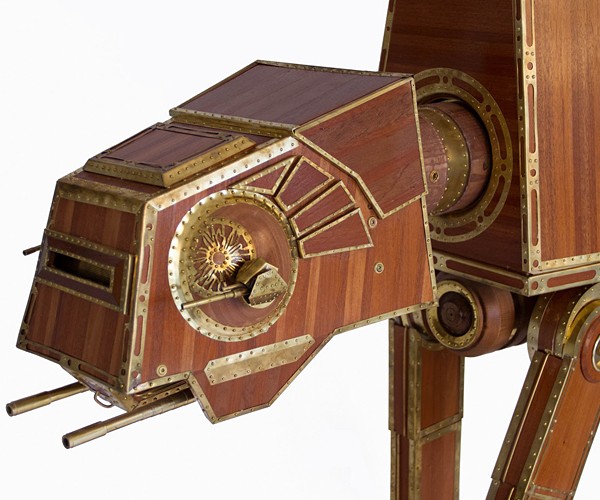 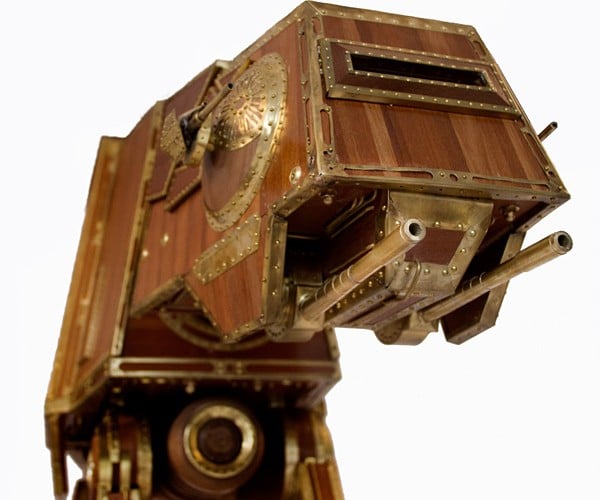 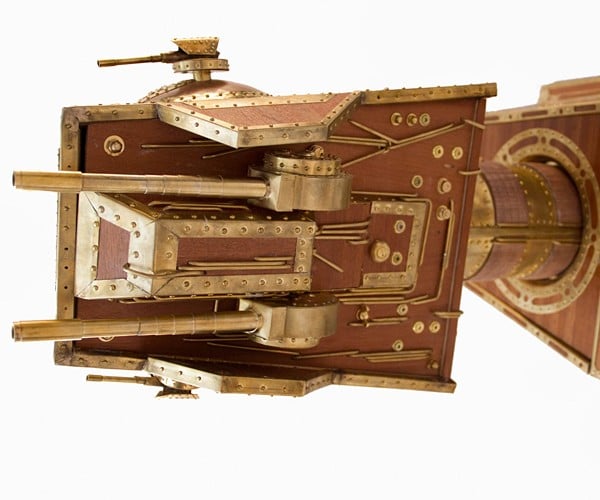 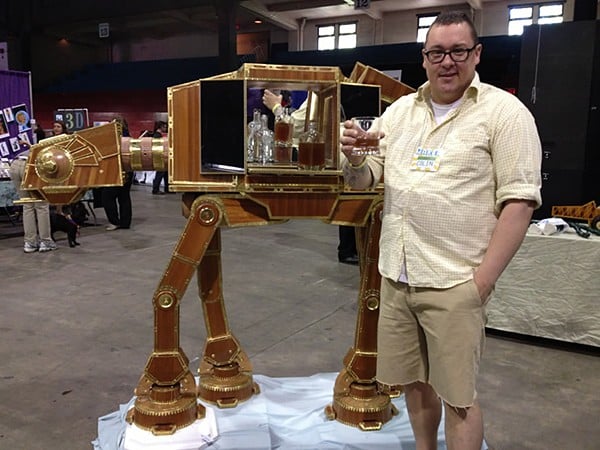 Colin is looking to sell the liquor cabinet to make room for his other projects. You can reach out to Colin on his website if you’re interested.