This Engine Probably Has an Extra 30 Horsepower

A couple of years ago we saw a pretty sweet Scion xB that was modded as an homage to 8-bit gaming. It would’ve been more awesome if it had this engine. It’s a Honda Civic B series engine made to look like a NES controller, complete with the Konami Code at the bottom. 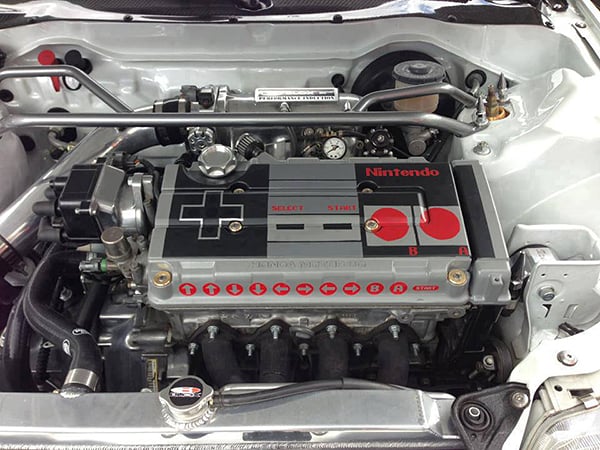 What I really want to see is a car with a NES controller for a steering wheel – er, steering controller.