Ever wanted to make your stuff light up and blink? Well the guys at BlinkyTape have got you covered. 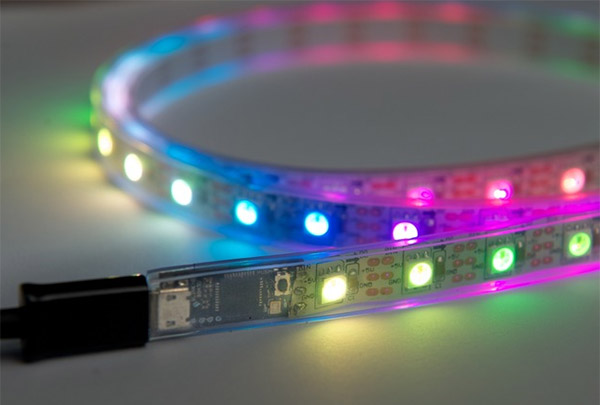 BlnkyTape is a tube which comes in one-meter-long strips, each embedded with 60 independently controllable RGB LEDs. Each strip has a built-in controller circuit, and can be programmed and powered via a micro-USB connector.

The flexible tape can by bent, so it can be used in a wide variety of applications. In addition, it’s encased in weatherproof silicone, so you can use it outdoors too. Just be sure to protect the USB connector at the end, since it’s not sealed. Too bad you can’t daisy-chain them though – could you imagine the holiday display you could make with this stuff? Guess you could always buy one of those 24-port USB hubs.

BlinkyTape is currently raising funds for production over on Kickstarter for just a couple more days (through June 12), where you can get in on the action for as little as $60(USD).