Chewbacca Has a Run in with the TSA

Man, the TSA can suck. Who knew that going from point A to point B would ever become such a nightmare. Yeah, this isn’t the same country that many of us grew up in. Our rights mean very little these days it seems. And when they harass the likes of Chewbacca, they have finally gone too far. 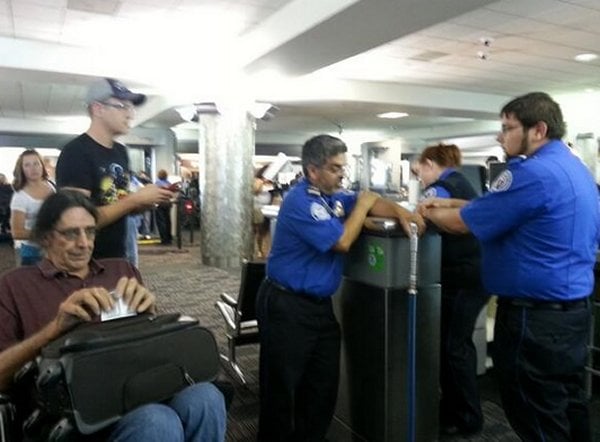 For one thing a Wookiee can rip your arms out of it’s socket. For another, when you harass 69-year-old Peter Mayhew, the actor who played Chewbacca, you will piss off a whole planetful of geeks. The man was just trying to get his large lightsaber cane and be on his way while traveling after attending Denver Comic Con.

Apparently having the incident tweeted encouraged them to release the cane. Wise move TSA. Now go grope Jar-Jar. BTW, how awesome is it that he has a lightsaber cane?