At tonight’s pre-E3 press conference, Sony finally showed off the physical hardware for the PS4. Sure, we already know a whole lot about the next-gen PlayStation’s specs and capabilities, but it’s always nice to have a piece of actual hardware to ogle. 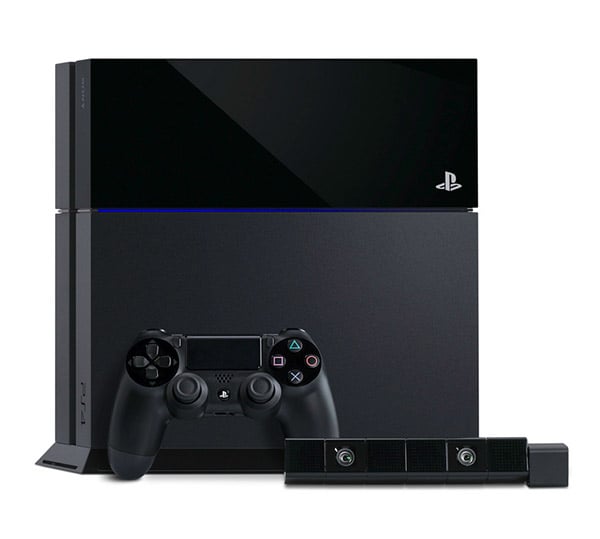 Compared to the black box that is Microsoft’s Xbox One, Sony’s black box has a little more character, with sloping lines when viewed from the side. It can also be set on a flat surface or stood up vertically. 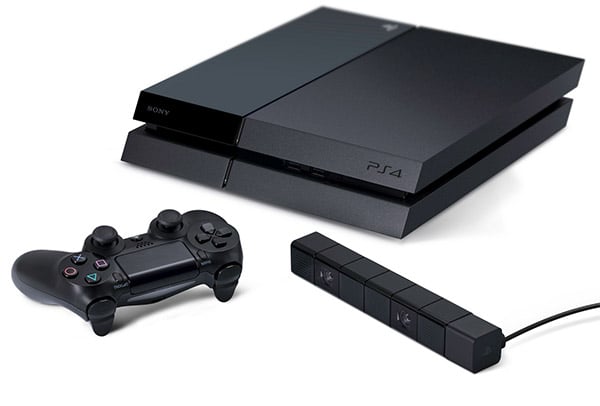 It’s got two front-mounted USB ports, and the back of the console has only an HDMI out, digital optical out, Ethernet, and an Aux connector, which is presumably used for the PlayStation Eye/Move camera accessory (which is unclear if it is or isn’t included in the base price.) 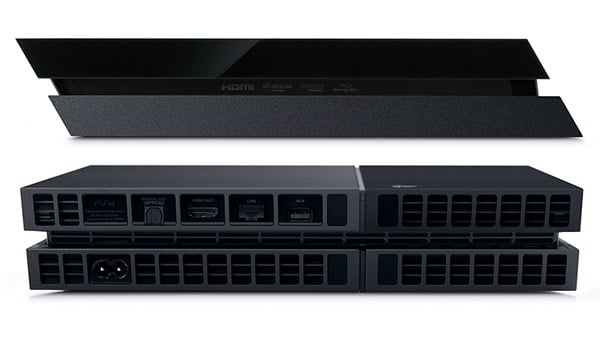 In addition to showing off its hardware, Sony spent a little time addressing the media aspects of the PS4. Obviously, the system will have access to Sony’s extensive collection of music, movies and television programming for download or rental. In addition, they will be offering subscription-based streamed music and video services.

Of course as Sony reiterated tonight, it’s all about the games and they stated that they have over 30 PS4 titles currently in development within their own studios, with 20 launching within the first year. 12 of these titles are brand new IP. Including 3rd party developers, Sony says that over 150 games are already in development for PS4, with 100 titles due within one year of launch.

One of the most controversial aspects of the Xbox One is its complicated policies on rentals and lending games. Well, you’ll be thrilled to know that Sony has no such plans for the PS4. They confirmed tonight that the console will fully support selling and loaning out disc-based games, and there is no online requirement for disc-based games either (except for online play, of course.) This announcement resulted in the very first standing ovation of E3 2013. Take that, Microsoft!

Also of note is that existing PlayStation Plus memberships will carry over to PS4, meaning that a single membership will cover PS4, PS3 and PS Vita. In addition, PS4 members will get access to their own Instant Game Collection, which includes Driveclub PS Plus edition at launch, plus one free title each month.

Sony didn’t talk too much about its cloud-based gaming features it acquired from Gaikai, but did say it won’t be ready until 2014, and will offer PS4 and PS3 users access to a library of “critically-acclaimed” PS3 games – so you’ll get at least minimal backwards compatibility this way. PS Vita users will be able to take advantage of the service down the road as well.

Of course, the big shocker of the night was that Sony announced that the PS4 will sell for a full $100 less than the Xbox One. At launch this holiday season, the PS4 will sell for $399(USD), €399(EUR), and £349(UK). Despite having announced some pretty great looking games earlier, it looks like Microsoft is going to have a tall hill to climb against the PS4.