I’m not sure how this flew under the radar for so long, but for the premiere of Star Trek Into Darkness, Rob Wixey showed up in this awesome soapbox Starship Enterprise. 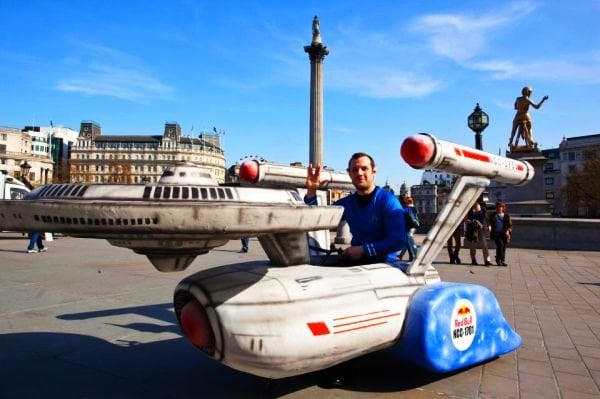 Rob built it in his backyard in two months time. Well, he had some help from three friends. Probably named Kirk, Spock and McCoy. He built it for the Red Bull Soapbox race that will take place at London’s Alexandra Palace on Sunday, July 14. 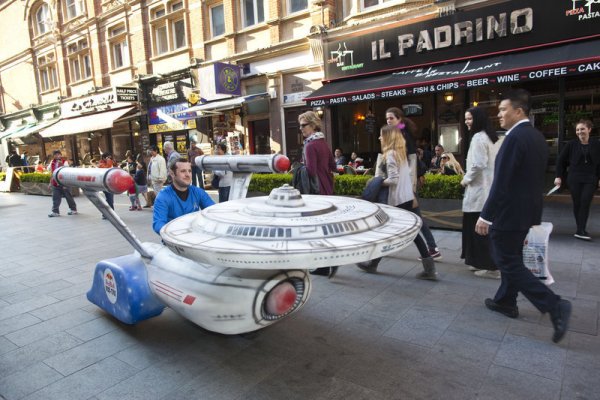 This thing is two meters long with steel framework welded to a bike that is cut in half with inverted handlebars. That makes steering easier. It was shaped with plywood and polystyrene and coated in fiberglass, then painted. I wish I had this in my driveway – I’d use it to go on some five-hour missions to explore strange new neighborhoods, to seek out new fast food restaurants and new coffee shops.