Meta Wearable AR Computer Dev Kits: How Many Glasses Are We Supposed to Wear in the Future?

Earlier this year we heard about the Meta, an augmented reality computer in the shape of a pair of glasses. The company behind the computer took a page from the Oculus Rift team and also launched a Kickstarter for the Meta developer’s kit. 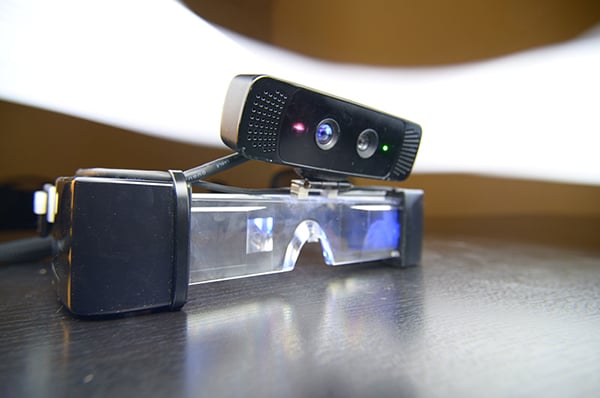 The fundraiser may not be aimed at end users, but it does reveal a bit more about the Meta. In the video below you’ll see that the consumer version of the glasses should be much more compact and much less dorky than the current prototype. The Meta projects its display up to 16 ft. away from the user at 960×540 resolution. Developers will initially use Unity 3D on Windows to write software for the Meta. They’ll be able to make use of the Meta’s gesture, finger and surface tracking as well as its depth and color data.

You’ll need to pledge at least $695(USD) on Kickstarter to get a Meta 1 dev kit as a reward. I’m really intrigued by the possibilities of this device, partly because I’m into card and board games right now. It would be nice to have more interactive board game. And also to not have to clean up the tokens and other pieces after each game.