Many fans really love the Doctor Who episode Vincent and The Doctor. People love a good historical story anyway and the episode was neat. It had the Doctor and Vincent van Gogh fighting monsters along with Amy Pond and even a special painting of Starry Night that featured the TARDIS.

This embroidered version of the Starry TARDIS was a gift to jfer007 from Greys Princess over on craftster.org. This gift giving was part of a larger craft swap in the community, but this is probably the best item of the bunch. 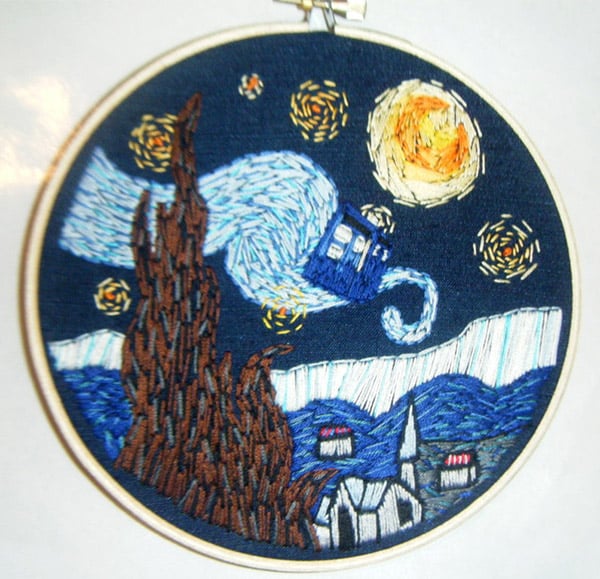 I would so hang this on my wall. Its creator did a great job reproducing Van Gogh’s work with a TARDIS in it. I’m gonna have to get into that swap. Do you think I could get something cool if I gave them a TARDIS made out out Popsicle sticks?