LEGO enthusiast Ben Caulkins made this sweet LEGO model of the Normandy SR-2, Commander Shepard’s flying base in Mass Effect 2. The ship is almost 4 ft. long and has a 19″ wingspan. It needs a Garrus minifig to calibrate its weapons.

I don’t know why I didn’t notice it until now, but the Normandy kind of looks like it has a Volus mask on. It’s not so apparent in Caulkin’s model though. 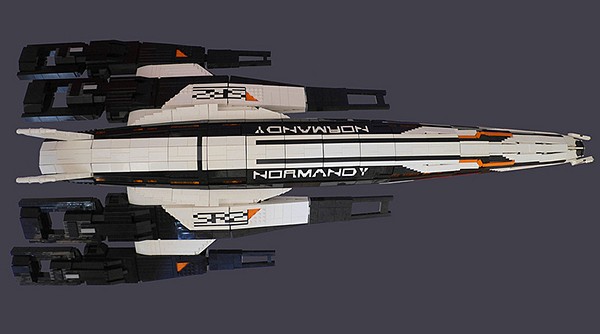 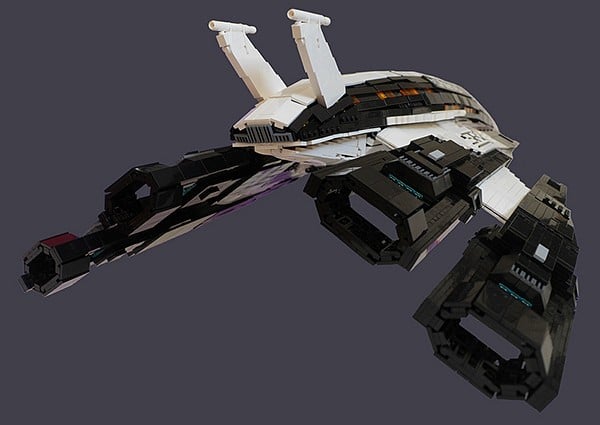 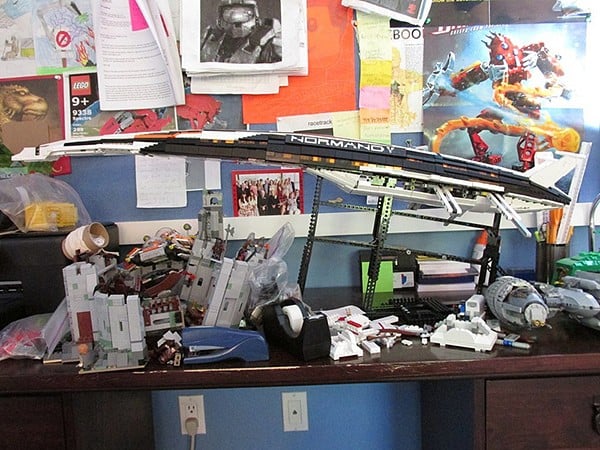 Head to Caulkin’s Flickr page to see more pictures of his Normandy model. He will also show it off at the Brickworld exhibit in Chicago this week.