Thor Prances for Our Amusement

Sometimes Thor does things that have others shaking their heads. Like his father, for instance. But other people’s approval or disapproval don’t really sway him from what he eventually chooses to do. 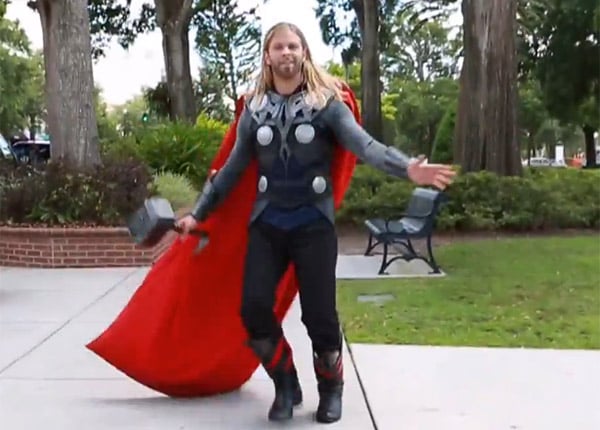 Not that this is the real Thor, of course, because the closest thing you can come to a “real Thor” is Chris Hemsworth and I don’t think he’ll be prancing around in costume anytime soon.

The secrets of Thor’s workout routine is revealed by YouTuber EveryDayThor, who was clearly inspired by Joanna Rohrback’s epic Prancercise video. It’s pretty funny, so if you’re bored and looking for something to kill the next two minutes, then check the clip out below.