I’m for any watch inspired by science-fiction, but you probably wouldn’t have guessed that this awesome tourbillon watch, which costs probably as much as your house got its inspiration from Star Trek: Deep Space Nine. 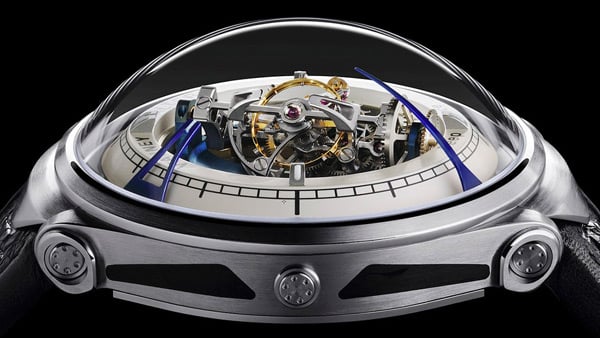 The Vianney Halter Deep Space Tourbillon watch took several years to design and build. Just like other tourbillon watches, the mechanism is quite elaborate and detailed. It has a spinning triple axis tourbillon that appears to float beneath a bulbous crystal dome, making it look like it’s floating in space. 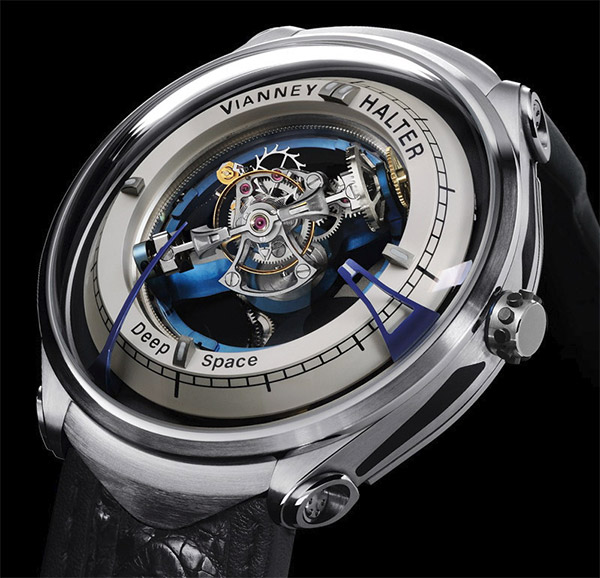 The “Deep Space” tourbillon powers the arching hour and minute hands, which curve up from the side of its face. 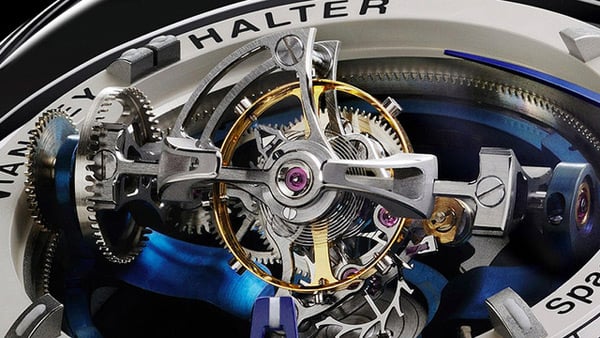 The Deep Space Tourbillon watch sold for an astronomical $192,000(USD) to a collector in China.

[via A Blog to Watch]