Kids love Iron Man. They don’t care about the guy in the suit. It could be a monkey in there and they wouldn’t care. They just want to watch him fly around and blow stuff up. Tony Stark is just some guy. 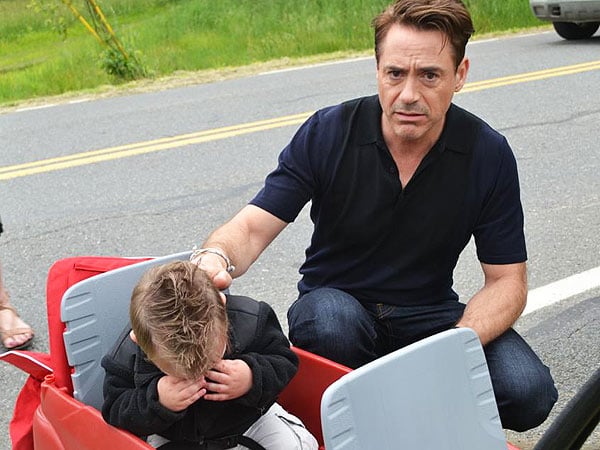 While Robert Downey Jr. was in western Massachusetts filming The Judge, he bumped into 1 1/2-year-old fan Jaxson Denno who was told that he would be meeting Iron Man. Instead, Downey showed up in jeans and a polo shirt. Any kid knows that that isn’t Iron Man. Little Jaxson was heartbroken. He cried more than I did over the Star Wars prequels.

According to his Mom, once Downey talked to him, he settled down. Seeing Robert Downey, Jr. in this image, I feel even more sorry for him. No one wants to make a kid cry.