RoboRoach Kit Lets You Control a Living Roach With Your Smartphone

I’m not particularly fond of roaches, but I don’t exactly hate them either. I’d just rather not come face to face with any one of these insects because creepy crawly insects just give me the heebie jeebies. That said, I’m still on the fence when it comes to the RoboRoach project by Backyard Brains. 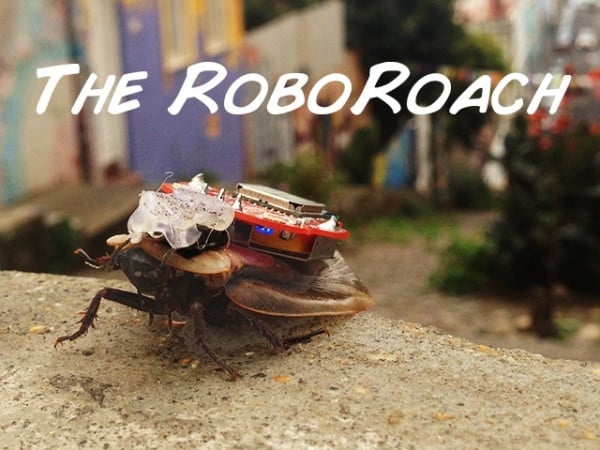 The RoboRoach kit, which is currently up for funding on Kickstarter, includes the “backpack”, a helmet, a battery, and recording electrodes. You’ll have to be comfortable with handling roaches, because you’ll have to anesthetize them before performing surgery on them to place wires into their antennae.

Once everything’s all set up, then you can begin to control the cyborg roach using your smartphone.

In a nutshell, here’s how the RoboRoach works: When you send a command from your mobile phone, the backpack sends pulses to the antenna, which causes its neurons to fire, such that the roach to think there is a wall on one side. The result? The roach turns!

Attempting to control something alive might have ethical implications, and Backyard Brains has got that covered in their ethical statement. They also explain that the roach doesn’t get shocked or hurt when the RoboRoach is on in their FAQs, so you might want to check that section out if you’re concerned about the well-being of these insects.

A minimum pledge of $100(USD) will get you one of your very own RoboRoach kits. Though you’ll have to spend at least $150 if you want them to include some live cockroaches for you to play with.