Guy Puts Donkey Kong in a Barrel: At Least It’s Not on Fire

It’s like beating Kong in a barrel… Wait, that’s not how the saying goes. But you can say it now. This custom-built Donkey Kong tabletop arcade machine has been put into a barrel. Why? So you can drink and game of course. 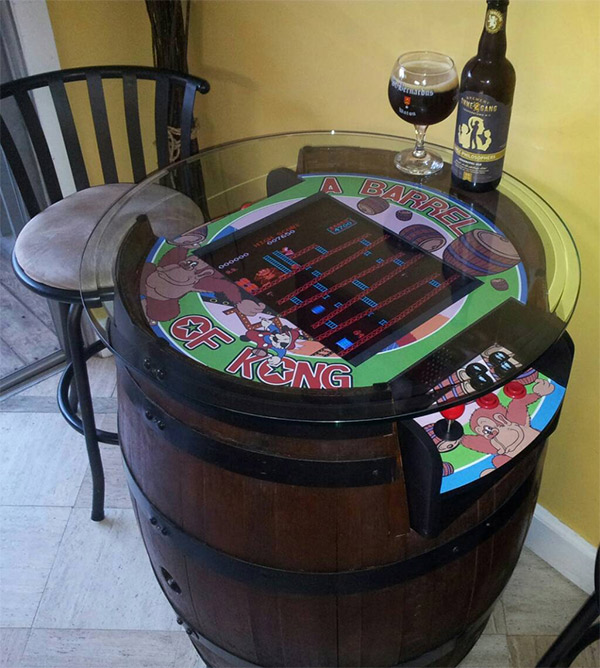 Joel Griffin Dodd wanted a fully functional game of Donkey Kong in an old barrel so that he could have beer and cocktails on top of it. How drunk can you get? You probably shouldn’t try to jump over it, though that’s better that than smashing it with a mallet, I suppose.

It looks like a fairly straightforward build. Just put together a mini arcade system and stick it inside a barrel. Then put some glass on top of course. Not that I thought of it or was able to build one myself. Nice work, Joel.