Toothless Cosplay: How to Wear Your Dragon

The last cosplay I featured was very faithful to its source material. It was also legitimately creepy. This Toothless quad suit on the other hand may not be the most polished costume out there, but it is one of the most adorable ones I’ve ever seen. 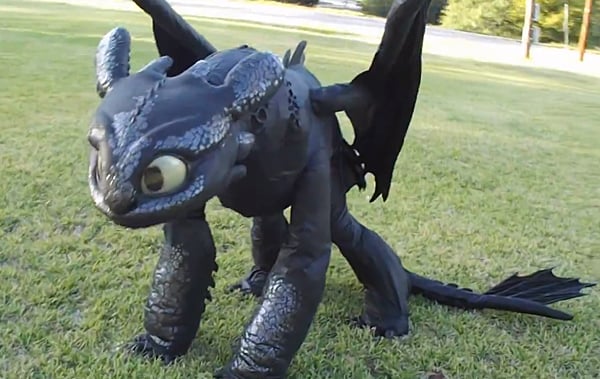 Based on the protagonist’s best buddy in the animated movie How to Train Your Dragon, the suit was made in 2011 by Jessica Angus aka Monoyasha. She says it’s quite comfortable and can easily be removed for transport or storage. In case you’re wondering, the wearer sees through an opening on the costume’s neck.

You can find out a bit more about Jessica’s costume on her deviantART page, where she also posted a few in progress shots.