There are plenty of electric bikes these days, but from time to time, one comes along that sets itself apart, like this one from Germany’s Smart. Smart is best known for their ultra compact city cars, but I’m impressed with this e-bike too. 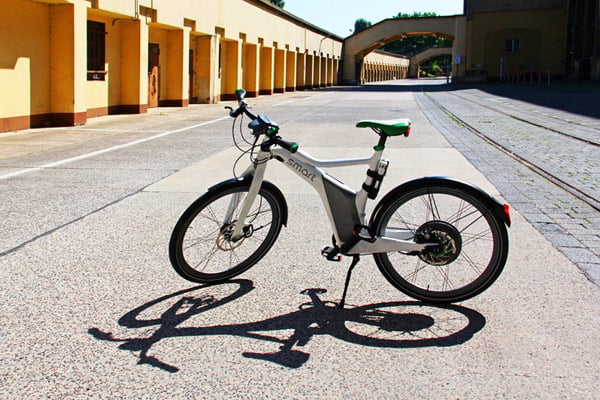 The Smart Ebike provides 250 watts of power from its front-mounted motor, and can reach speeds up to 15.5 mph. It’s supposed to be able to go even faster when you use the 3-speed gear hub. Its chain has been replaced by a carbon tooth belt, which is supposed to be more efficient and last longer than a normal chain.

It’s been designed to work for urban travel. Its rechargeable battery can cover up to 62 miles on a charge. It takes about five hours to charge it up, and there’s also a regenerative system that will top off the battery when coasting, braking or riding downhill. 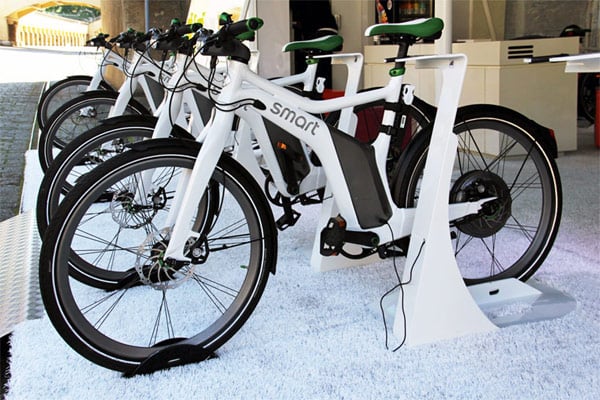 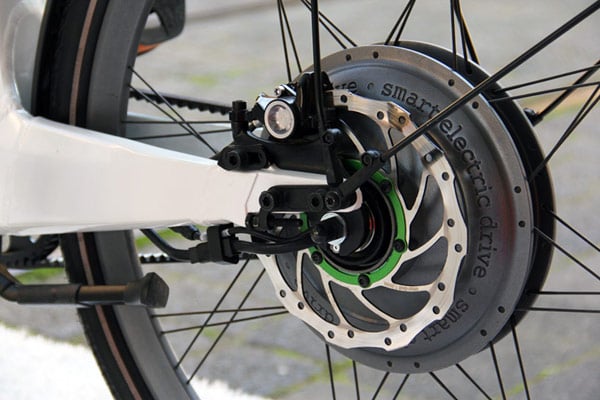