This is a dream come true. I’ve always wanted to see the Death Star Trench Run in LEGO, but never had the time or LEGO parts to build one myself. This is a pretty impressive build, complete with another Death Star standing watch on a game box next to it. That’s just a backup in case the rebels discover this very flaw in the design. 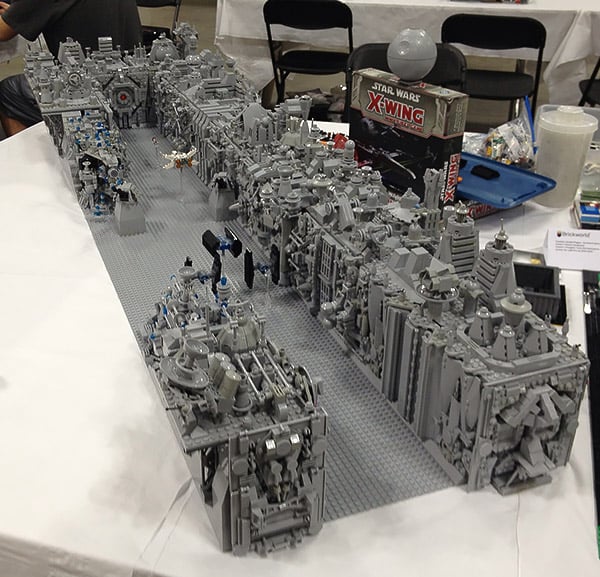 Flickr contributor Abathar photographed this model at the recent Brickworld LEGO convention in Chicago. It was built by Green Bay, WI LEGO fanatic Scott Vandeleest. Here are some more pics the guys at BrickWars-Sets shot of this epic build: 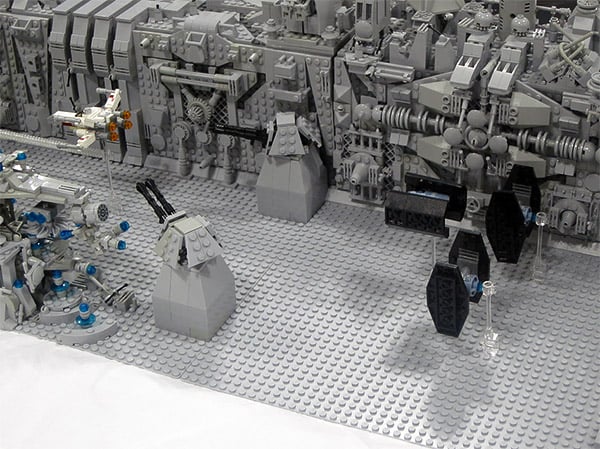 I love the way he used the ships, making it easy to reenact the scene again and again. 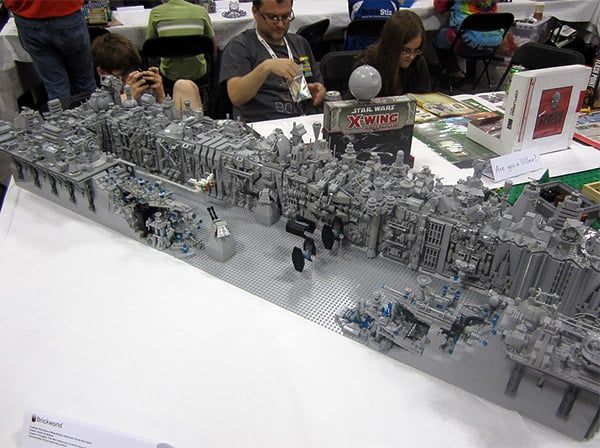 It even shows the missile firing into the exhaust port. Nice touch. 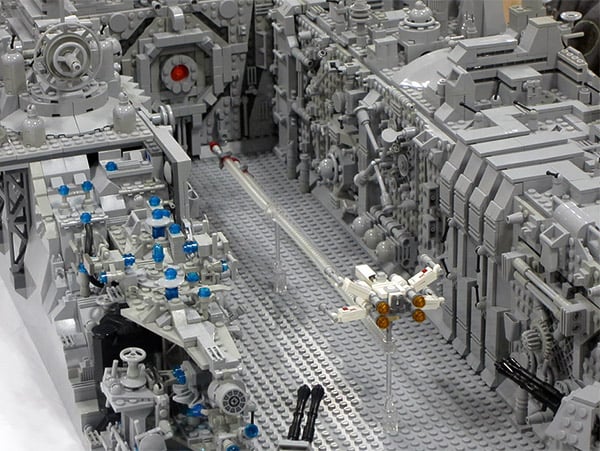