Super Mario Level Skulls, Your Princess is in Another Brain Cavity

If you think that playing video games for too long makes your head hurt, just imagine how these guys feel. In fact, these awesome skulls should be used as a gamer PSA. “This is your brain on Super Mario Bros.” Well, if they were human skulls. They may have been human at one time until addiction to the game mutated them to look more like Bowser’s skull. 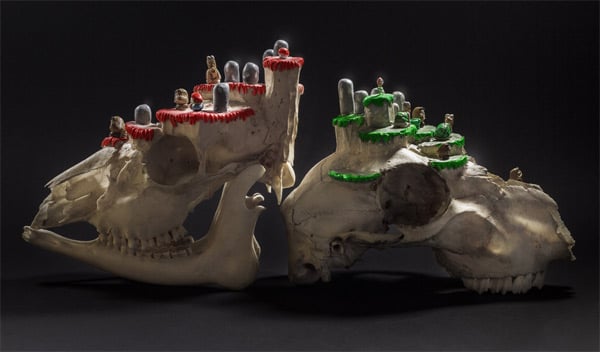 Artist Tobias Wüstefeld from Germany sculpted these skulls which have partial levels from Super Mario Bros. on them. This is what it looks like to be addicted to Nintendo games for sure. Koopas and Goombas crawling around in your skull. Never a moment’s peace. 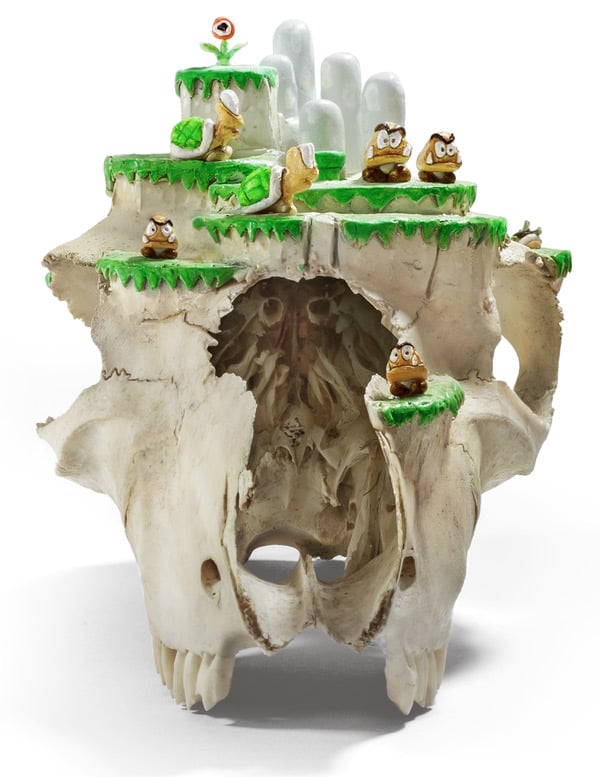 They will be exhibited at the We Love 8Bit Art Show this September in Berlin. 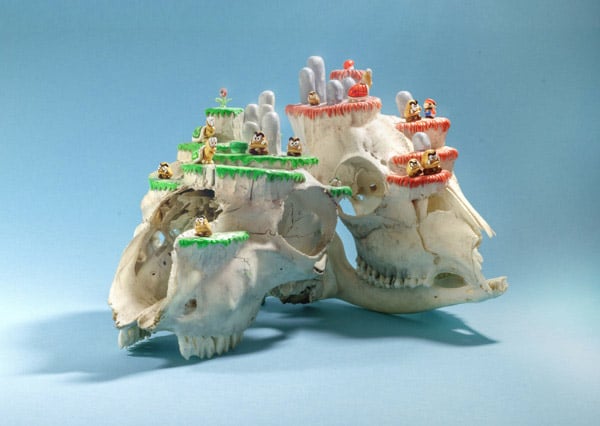