I recently had the opportunity to go hands-on (and eyes-on) with one of Vizio’s new M-Series Razor HDTVs and I have to say that I’m really impressed with all of the bells-and-whistles you get for such an economical display. 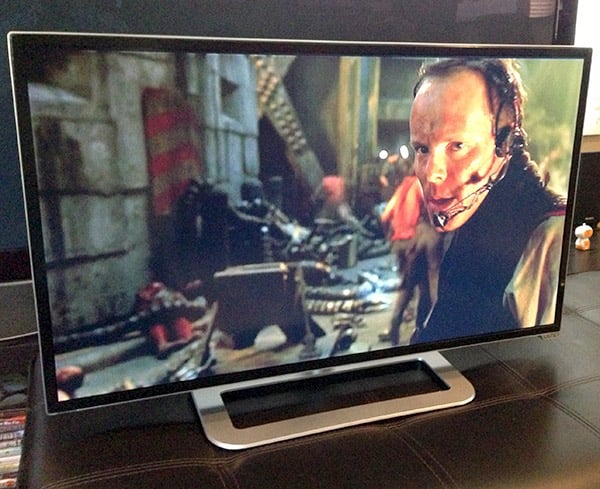 For this review, I tested the smallest model, the 32-inch version, but the M-Series is available in sizes all the way up to 80 inches. The display I tested offers true 1080p resolution, along with edge LED backlighting and local dimming. This combination allows for a reasonably thin display while offering really good contrast and black levels. Overall, the 32-inch model measures under 2″ thick when hung on the wall, or about 7.5″ thick on its stand. 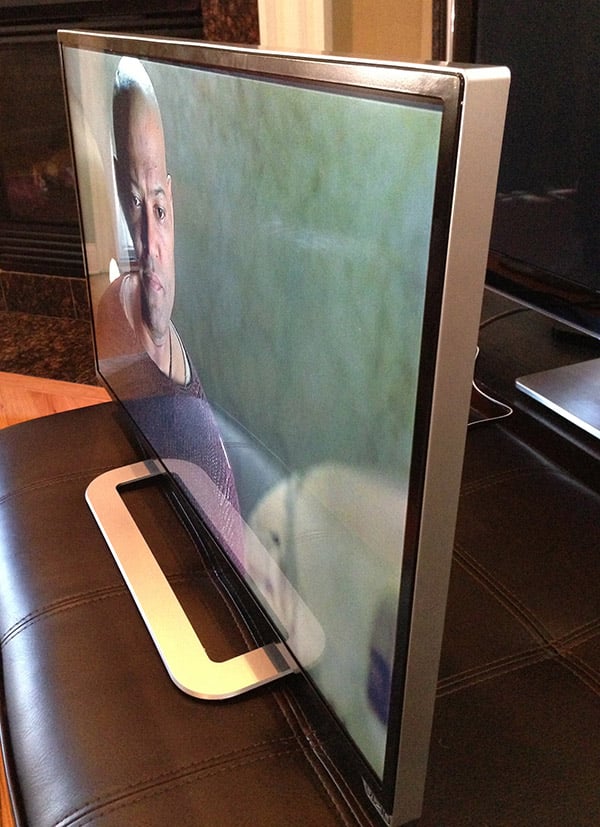 As a firm believer in the black levels on plasma displays, I was pleasantly surprised by the inky blacks and lack of blooming on the Vizio display. I guess LED/LCD screens have come a long way in the last few years. I did find the colors to be a bit too oversaturated for my liking in the “Standard” display mode, so I switched to “Calibrated” and that fixed things right up. I also turned on the setting that recovers detail in black areas at its lowest level. Other than that, I didn’t touch the factory settings. 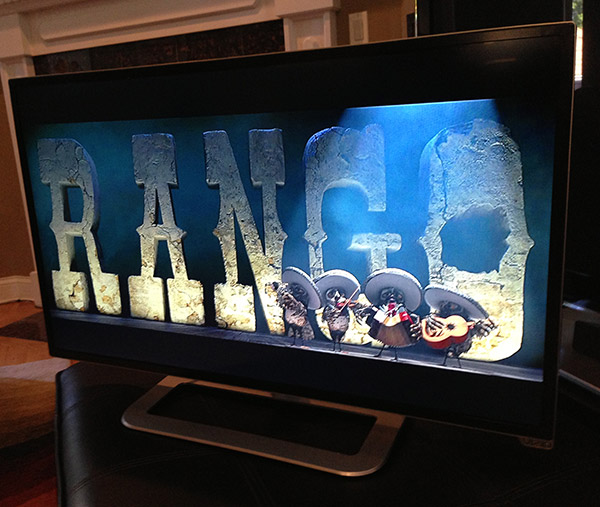 The 32″ model I tested has a 120Hz refresh rate, which seemed to be fine for any motion scenes I threw at it, though the 50″ and larger models offer 240Hz refresh rates if that’s something you must have. My 32″ set offered three HDMI inputs and one USB port, while the 50″ and larger models add one more HDMI port and another USB port. All M-Series set offers built-in 802.11n Wi-Fi for fast and easy internet connectivity, and my experience was that getting connected to my home network was a snap. Those larger models also include passive 3D, which I didn’t get a chance to test since the 32″ model doesn’t support that feature.

Setting up the display is stupid simple, with a nice guided user interface which walks you through every step of getting your inputs and internet connection set up. 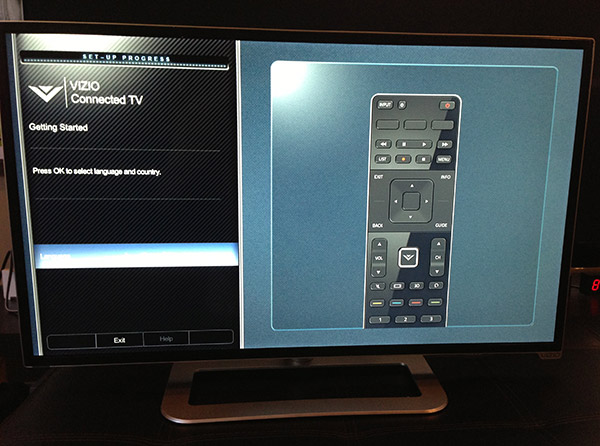 Built-in audio quality is decent, and the display does offer simulated surround sound. However, I’m a bit of an audio snob, so I’m never one to use the sound system built into a display. That said, if you’re getting one of the smaller models, sound is good enough to fill a small room without noticeable distortion, and you can truly enjoy all of your media with just a single device should you choose to go down that path. 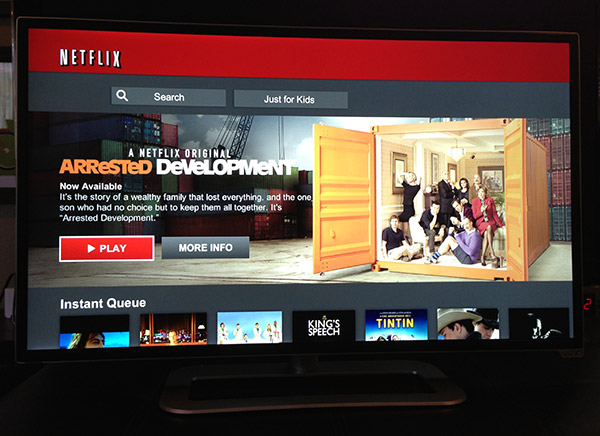 While the picture quality is quite good on the M-Series display, the thing that I really like about the set is its integrated “smart TV” app suite. With a press of a button (or two) you have access to Netflix, YouTube, Amazon, Hulu Plus, Vudu, Rhapsody, Facebook, Twitter and several other services. I also was able to download and install Pandora from the Yahoo! connected app store. I only wish they had HBO Go, and then my life would be complete. All of these are integrated using Yahoo! widget technology, other than Netflix which appears to be directly integrated into the display. 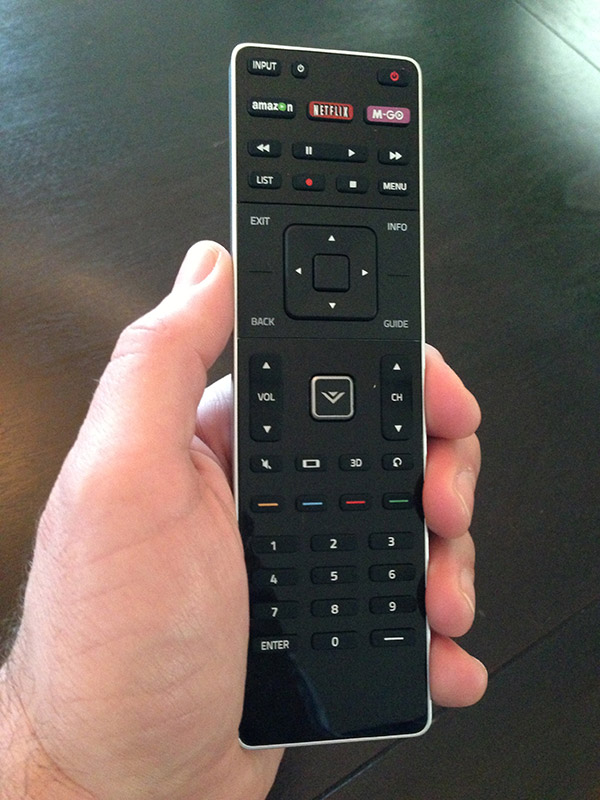 Netflix even has a dedicated button on the remote, which immediately launches their app. There’s also a button for Amazon (but that launches the Yahoo! widgets), and another dedicated button for a new service called M-Go, which has yet to be released on the set. While the Yahoo! widgets are starting to feel a bit dated (I’ve had them on one of my Samsung displays for several years now), at least Vizio has solved the speed problem found with earlier versions, and these load up almost about as fast as you can push buttons on your remote.

Setting up each of your online accounts can take a few minutes because you have to use the on-screen keyboard to enter your credentials. For an internet-connected TV, I wish they had included a keyboard like they had on some of their previous remotes. This is a minor inconvenience, unless you find yourself frequently searching for content instead of browsing through the menus in the various connected apps. 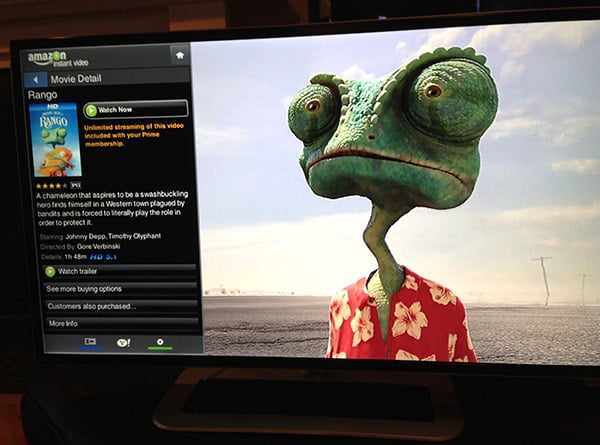 I especially like the UI on the YouTube app, which is the nicest I’ve seen yet, with easy access to each of YouTube’s major categories in a HDTV-optimized experience. 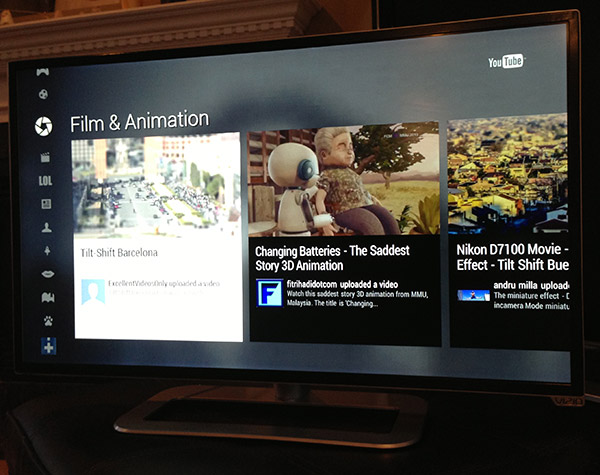 In addition to streaming online content, the set can access media stored on either USB devices or on DLNA-compatible devices, so you can stream media from your computer easily. 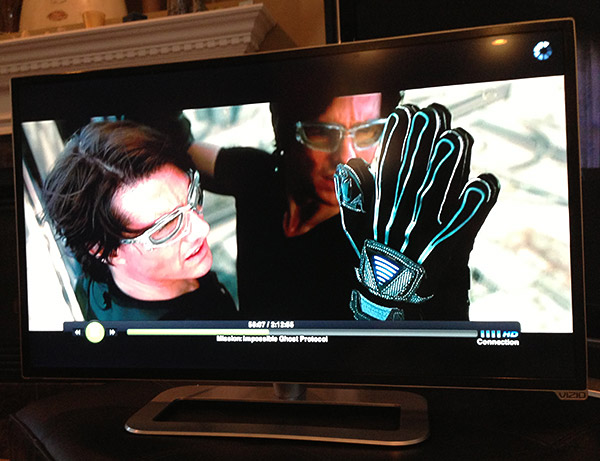 What I really like about the integrated apps is the ability to seamlessly switch between traditional satellite/cable programming and streamed content. Plus, the remote even supports fast forward/rewind and pause controls for all streamed content sources, providing a truly integrated experience with no additional hardware.

Overall, I found that the M-Series offered a good mix of display quality and a rich suite of connected apps for – especially for the price. The built-in wireless connectivity means you can just plug in the displays and go – with no additional hardware. In theory, you could get away without cable or satellite service if you wanted – though you still need a high-speed internet connection to enjoy streamed content on the display.

Disclosure: Vizio provided the display for review in this article. However, all reviews are the unbiased views of our editorial staff, and we will only recommend products or services we have used personally, and believe will be good for our readers.