A camera that can keep a fast moving object in its sight is very useful. It could be adapted to cover sports or wartime events, or for academic and military purposes. That’s why a group of researchers at the University of Tokyo’s Ishikawa Oku Laboratory are working on a camera system that can automatically keep its eyes on the prize. 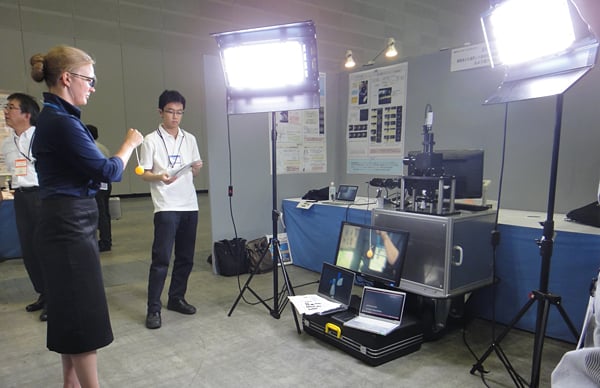 The current prototype uses two small mirrors that move independently of each other: one for panning and one for tilting. DigInfo says that the mirrors are controlled “in the order of milliseconds” and the camera can take an image every 1/1000th of a second. Even more impressive, the system can also be used in reverse. Instead of taking an image, it can project an image onto a fast moving object in real time. Imagine being able to tag an escaping prisoner or a wild animal. Or a celebrity.

I wonder if it could track a bullet.