Carbon monoxide is a colorless, odorless, and tasteless gas. Inhaling enough of the gas can poison you and possibly kill you, but because of its nature, you’ll have no idea when or if you’re being exposed to it. The presence of the gas can be identified using carbon monoxide detectors, though. 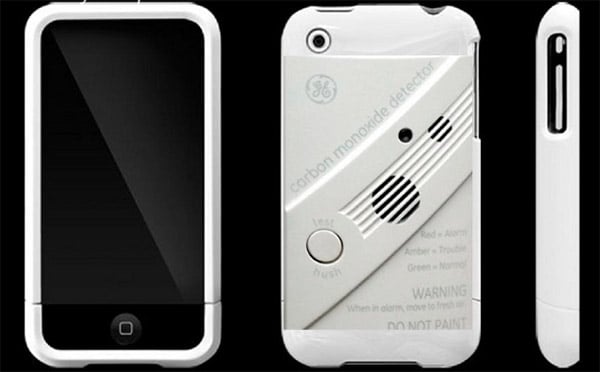 His design makes sense. For one, people carry their phones with them wherever they go, so if they’re being exposed, then their phones could alert them of the risk.

The only downside is probably the fact that having a built-in carbon monoxide detector might make the case bulkier and burn through more battery than most users would like. Most detectors are a little on the bulky side, so I’d expect a small and compact detector to cost a bit more than usual.

Tyer’s design is only a concept for now, but who knows? Some manufacturer out there might just decide to make it.