Just when I thought there were no more ways you could play Jenga, along comes another amusing mashup of the brick-stacking game with a classic video game. 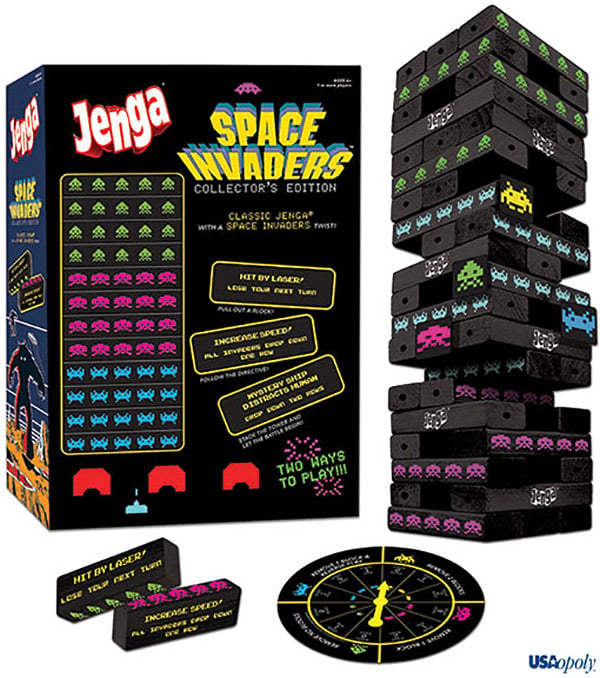 This time, we have USAOpoly’s Jenga Space Invaders Collectors Edition. This new version of Jenga features stackable rows of those pesky invaders. The rules are different than standard Jenga, in that you’re trying to remove blocks as spins of the wheel determine things like the rate at which the invaders are dropping down and increasing speed. The objective is to have your invader descend from the top of the tower to get as close to the bottom as possible without knocking it over.

Jenga Space Invaders edition is coming out this July 30th, and can be pre-ordered from Midtown Comics for $22.49(USD).

[via Blog de Bringquedo] (Thanks, Kenny!)