Remember Jason Casteel’s cool Transfomers-meets-Doctor Who T-shirt? Thingiverse member Andrew Lindsey not only remembers it, he was inspired by it to make a 3D printed toy. Behold, TARDIS Prime in 3D! Vworp Vworp! 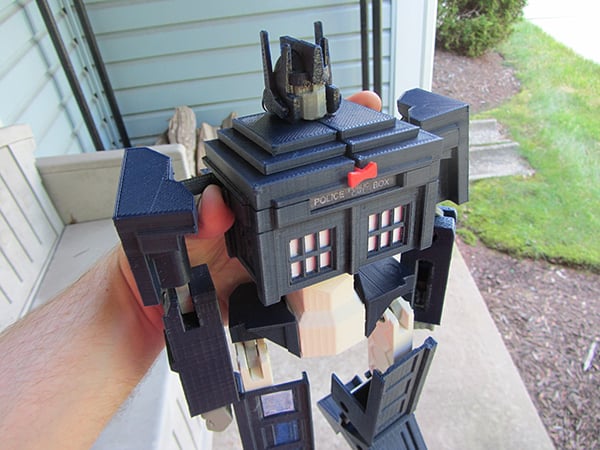 Andrew had to deviate from Jason’s drawing in order to make the toy transformable from a phone booth to a robot and vice-versa. At least he still has the red bow tie. 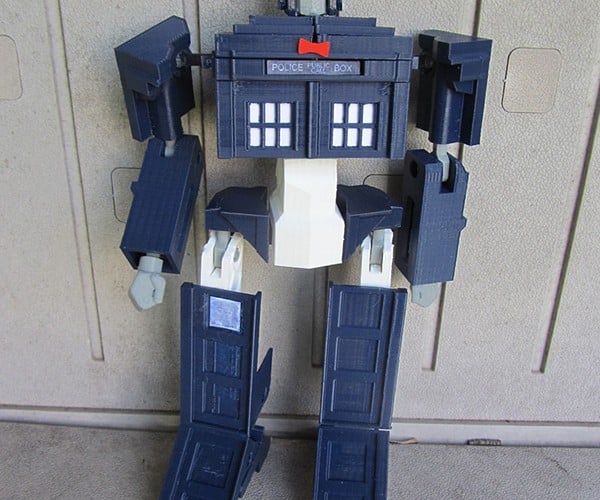 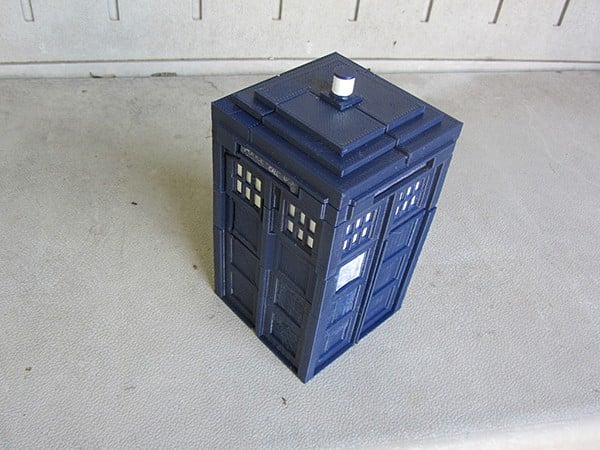 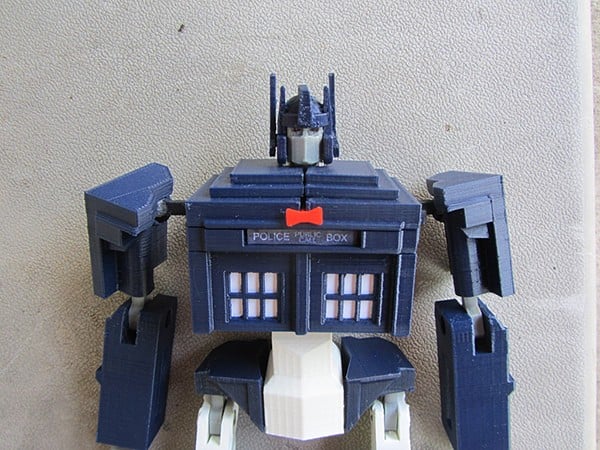 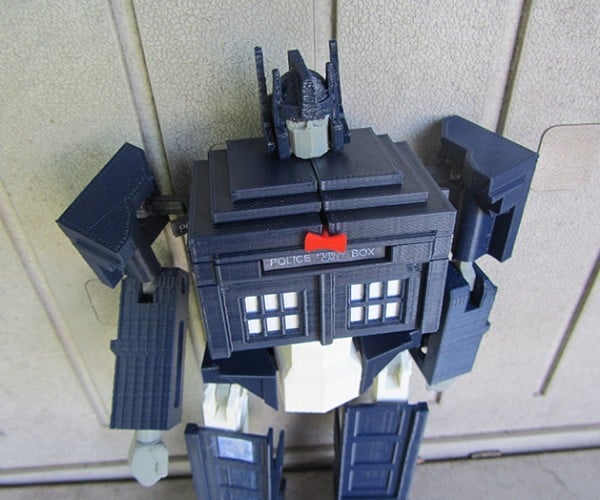 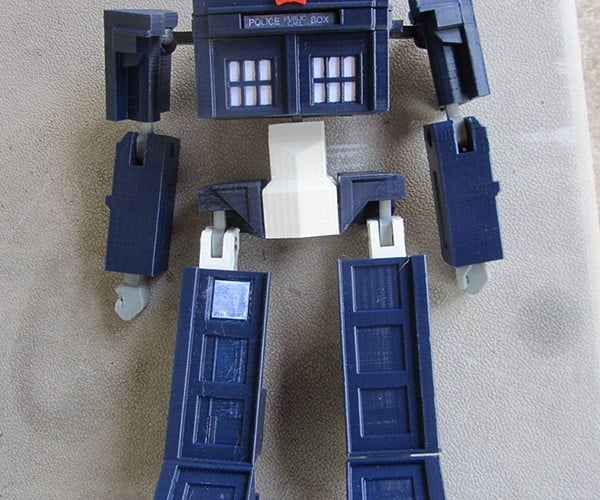 Andrew says he’s not fully satisfied with the toy. For one thing, the toy needs a lot of plastic to be printed, and it’s made of more than 70 parts. Also, it can’t stand on its own because it’s too top-heavy. I guess you could say that it’s… wibbly wobbly. YEEEEAA– Sorry. Andrew is thinking of designing a smaller version of the toy, but you can already print G1 TARDIS Prime if you want. Just download the files from Andrew’s Thingiverse page.