Cloud storage services like Dropbox are great not just for backing up data but for sharing files with other people as well. BitTorrent is developing a similar service, with two notable exceptions: it’s completely free, and there is no centralized “cloud” storage. It’s called BitTorrent Sync, and it uses the revolutionary peer-to-peer (P2P) protocol to sync folders across multiple devices. 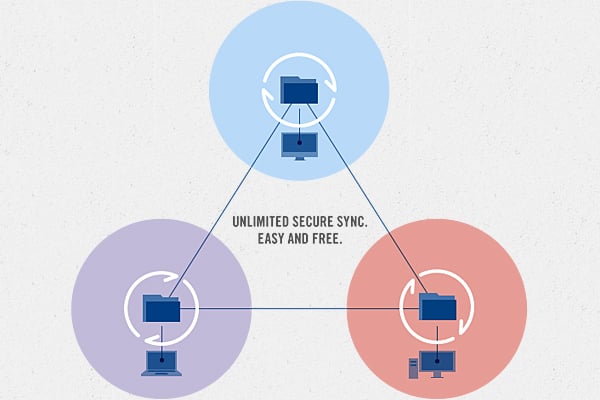 If you’ve already tried a cloud file storage service, you won’t have a problem using BitTorrent Sync. First, download the BitTorrent Sync program. It has Windows, Mac and Linux versions, with mobile apps coming soon. Then open the program and use it to generate an access key for each folder that you want to sync. The key is just a random bunch of characters. BitTorrent calls the key a “secret”.

I’m sure you get the idea: if you want another computer to sync a folder from your computer, simply install BitTorrent Sync on that computer and then enter that folder’s secret to authorize the sync: 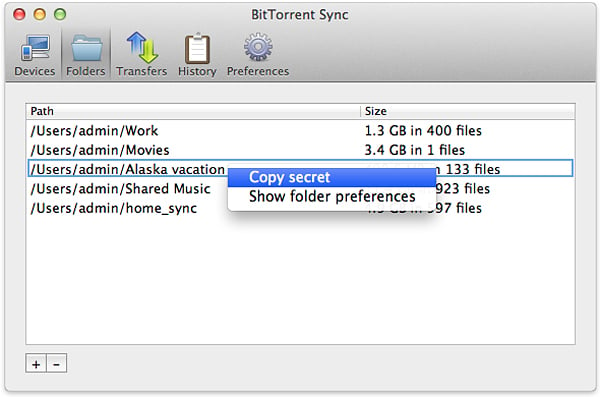 You can also generate read-only folder keys (other computers can copy files from that folder, but they can’t add or remove files) as well as one-time use keys. Here’s a short discussion about BitTorrent Sync from a recent Tekzilla show:

You can download and use BitTorrent Sync for free. I think this is a much better use of P2P compared to BitTorrent Bundle. It’s a great alternative to cloud storage because it’s completely free, even if you intend to synchronize or share terabytes of data on a daily basis. If you’re creeped out at the thought of leaving copies of your data on a remote server, then BitTorrent Sync is a great backup solution as well.