This robot ape from the German Research Center for Artificial Intelligence (DFKI) could be considered a cross between a humanoid and a quadruped. Most of the time it moves around on four limbs, but it can stand up on its hind legs too. 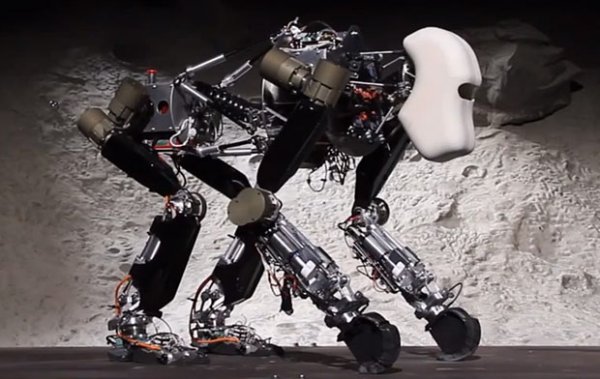 Gentlemen, we now have a fully functional and operational robot ape. This can’t end well. Prepare for Planet of the Robot Apes when they take over.

The robot ape part of a project called iStruct, which is focused on improving robotic mobility. But that doesn’t really matter. ROBOT APE!

Hopefully they can contain this thing before it grabs your Princess and start throwing barrels at you.