When you said someone was “social” fifty years ago, they were probably friendly, outgoing people who would talk up a storm and go out of their way to get to know everyone in the room. When you describe someone as being “social” nowadays, you probably mean they have accounts on social media networks like Facebook, Twitter, Instagram, and Foursquare.

This is one change brought about by technology that isn’t all good. Sure, it’s great that you can talk to people and connect with them through the Internet, but people often take it a bit too far, choosing to go on their online networks when they’re out and about, ignoring the people they’re actually with instead. 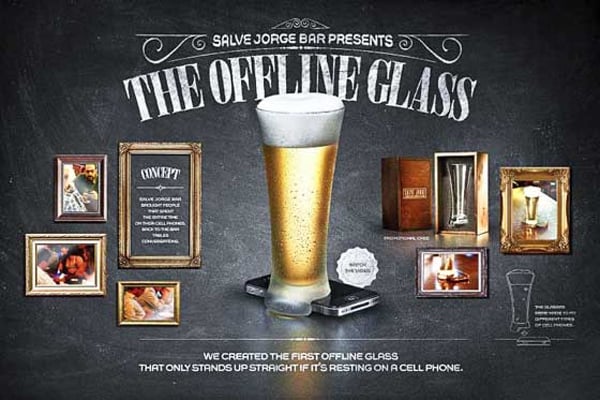 Brazil’s Salve Jorge Bar, for instance, wasn’t too pleased with this anti-social social phenomenon, so they had design firm Fischer & Friends create the “Offline Glass”, which was meant to “rescue people from the online world” and bring them “back to the bar tables.”

At first glance, the Offline Glass looks just like any other glass, except for the smartphone-shaped notch at the bottom. Turns out this little notch makes all the difference, because the glass is highly unstable because of it. The only way to make the glass stand up straight is if the patron inserts his or her smartphone into the notch, stabilizing the glass and forcing people to keep their hands off their phone sat the same time. 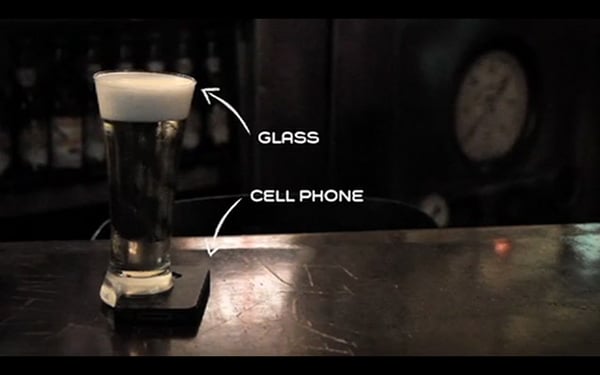 So the glass design is more of a novelty, because I doubt people would regularly put their phones at risk of spillage or breakage on a regular basis.

The Offline Glass kind of makes you think about how “social” we’ve all become, which was the main purpose of creating the glass in the first place.

[The Telegraph via TAXI via Food Beast]