If ‘Game of Thrones’ Characters Had Online Dating Profiles

In an alternate universe, the characters from Game of Thrones are all alive and kicking. Imagine if they took a break from all that scheming and fighting and decided to live normal lives like ours.

I don’t think they’ll have much difficulty finding mates of their own, but if they ever decided to try online dating, then Team Pwnicorn has got them covered. 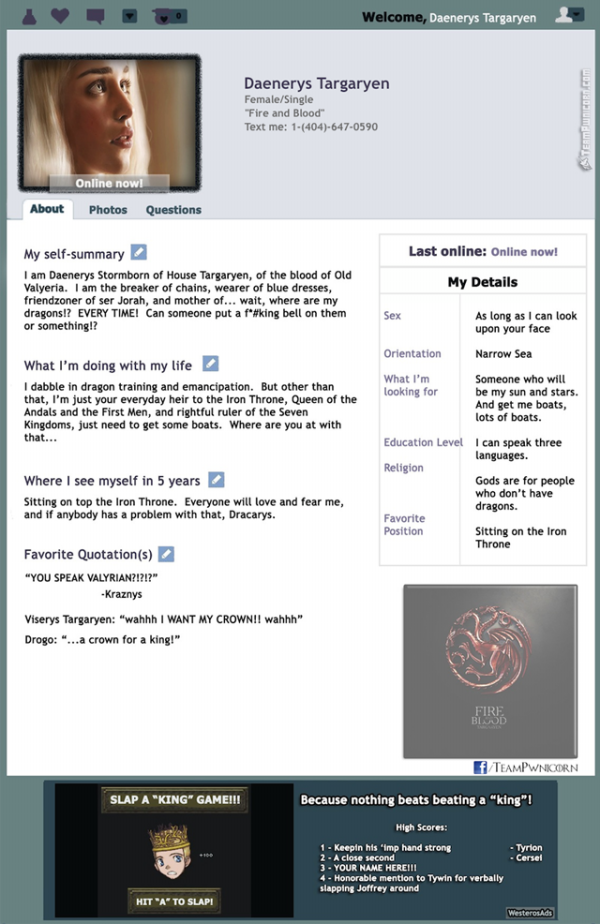 “Game of Thrones Dating Profiles” is the newest series by Team Pwnicorn and it’s hilarious, as most of their parodies often are.

Don’t count any of the characters out, because even The Wall has a profile made up especially for him/her/it. You can check out the rest of the profiles in the gallery below. 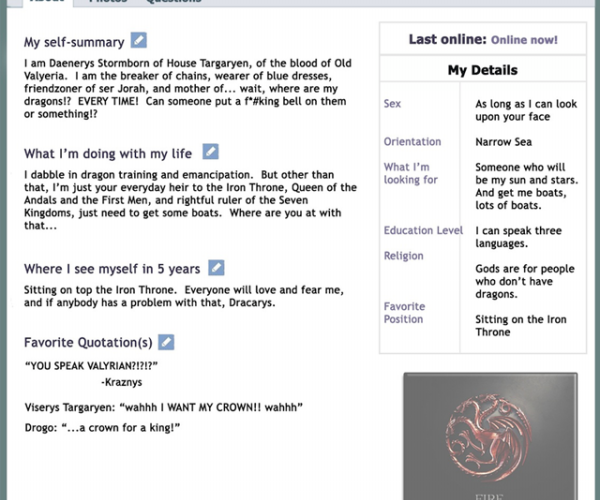 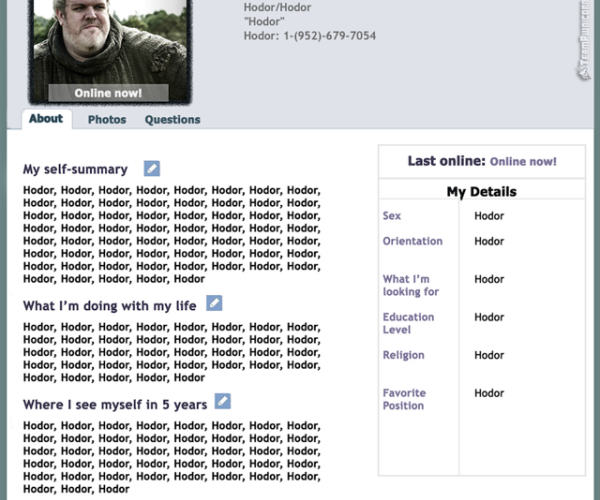 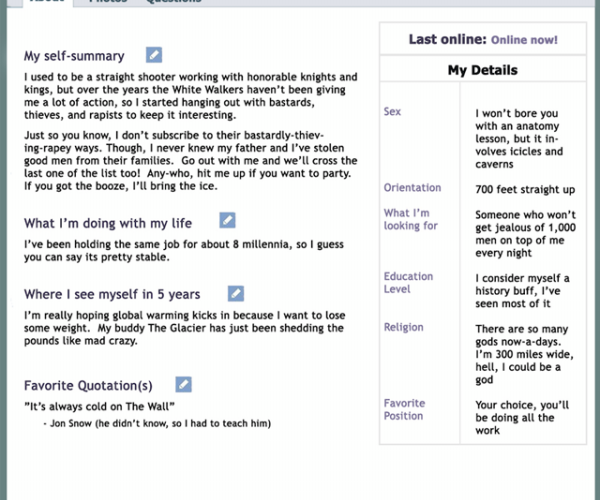 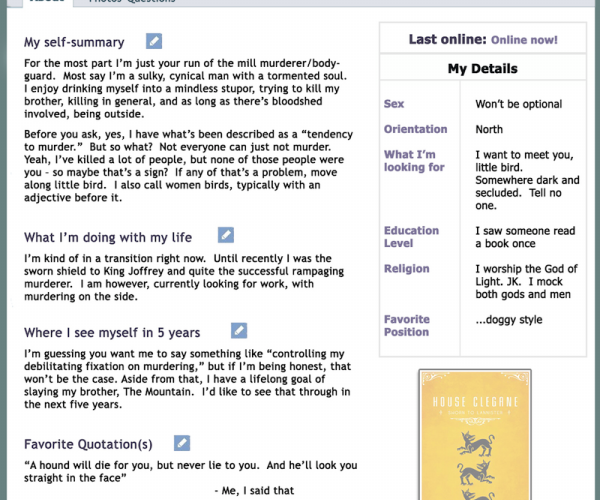 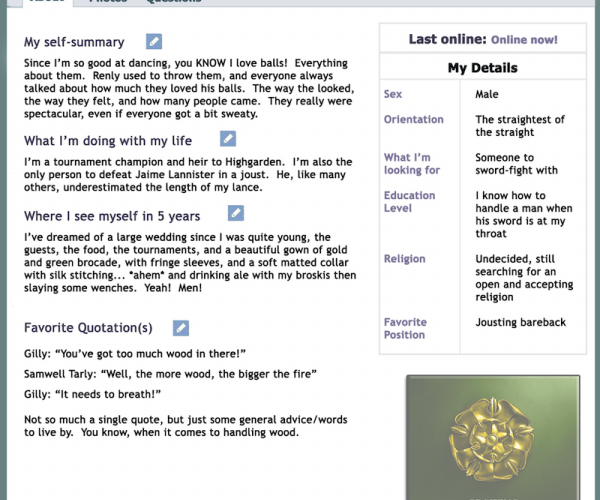 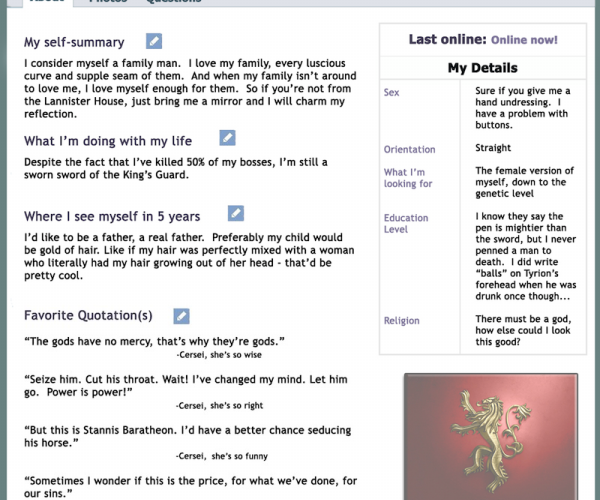 Inside a Brick Factory