Last month we saw a drone that can both drive around and fly. It’s a shame it can’t run on water as well, because as the Ziphius shows, having a drone on water seems like a lot of fun. The Ziphius is an aquatic drone designed to be controlled via an Android or iOS device. It’s a lot like Parrot’s AR.Drone, except it swims. And it looks like a computer mouse. Or a badly designed bike seat. 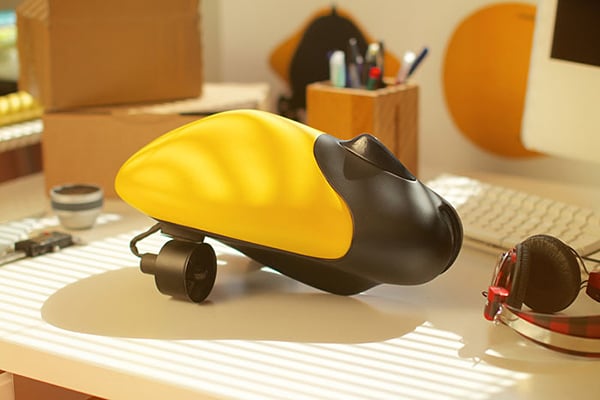 The Ziphius has two brushless DC motors that let it zip up to 6mph, and can be controlled wirelessly up to about 300ft. away. It can send live video from its 720p front camera to the mobile device that you’re using as the remote control. Because it’s controlled by a mobile device, the drone’s functionality can be increased with a variety of apps. The video below shows an augmented reality racing game, while the basic Ziphius app will have quick sharing functions to YouTube, Facebook and Twitter. Sadly its battery can’t keep up with the rest of the device, and can only last up to an hour per charge.

Pledge at least $245 (USD) on Kickstarter to get a Ziphius drone as a reward. I think the Ziphius is a lot of fun, but I hope all these fancy drones won’t mislead kids into letting their toys experience the world for them.