Han Solo LEGO Portrait: Better Than Being Trapped in Carbonite, I Suppose.

This Han Solo LEGO pixel art from The Sydney Brick Show this past April is mindblowingly cool. If you aren’t familiar with the event, it’s an opportunity for Australian LEGO sculptors bring some of their creations and get together with other fans. 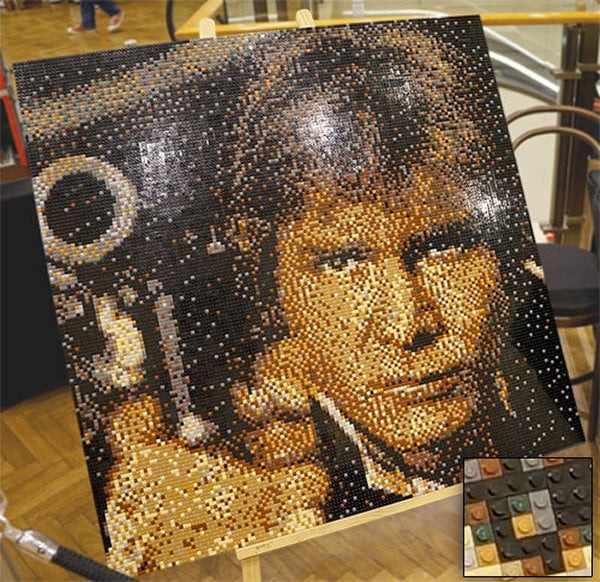 Skels from Geek Crafts shared some of the best things that she saw there and among them is this amazing pixelated Han Solo LEGO sculpture. This entire piece is said to be about 1 meter squared and is comprised of over TWENTY THOUSAND bricks.

Yes, you read that right. Why so many? Because those pieces are the tiny “one-ers” that are always all over your kid’s floor, waiting to stab you in the feet.