ModiBot 3D-Printed Build Your Own Action Figure: Watch out, Minifigs 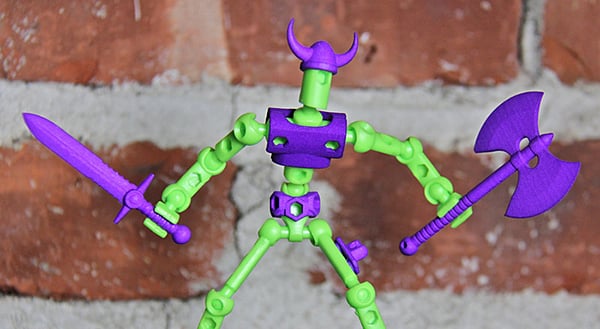 The base ModiBot action figure is a stick figure with lots of slots and holes. The idea is to get a bare ModiBot and then mix and match it with 3D printed parts and accessories. Because all of this is stored in digital files waiting to be printed, it’s practically impossible for them to be sold out. Dynamo Development Labs, the company behind ModiBot, won’t have to deal with unsold stock either; they just have to print on demand. This means that it should be easy to replace any missing or broken parts. If you know how to make a 3D model, you can design the parts and accessories yourself. So you’re going to go from this: 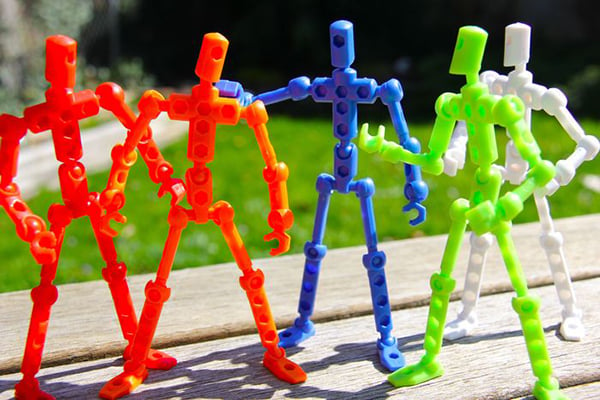 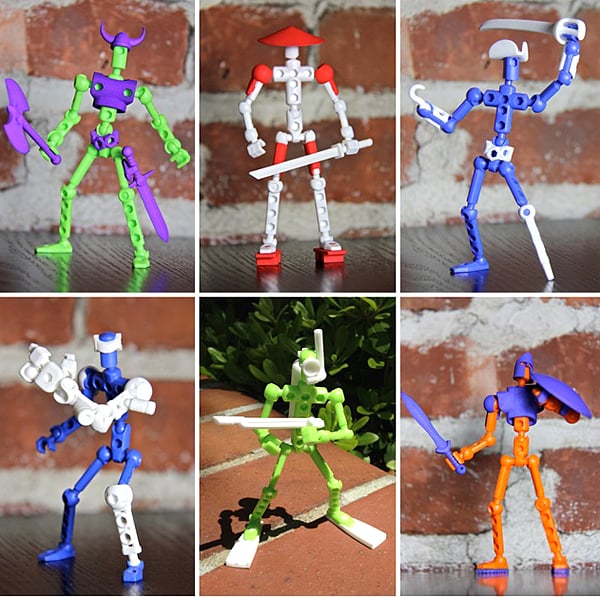 And that’s just the beginning. Again, it’s not just the accessories that are interchangeable; the skeleton’s parts itself can be swapped. For example, there’s a dinosaur ModiBot skeleton, so you can assemble a half-man, half-dino ModiBot.

Pledge at least $15 (USD) on Kickstarter to get a ModiBot kit. When 3D printers become widely available and 3D modeling software becomes dead simple to use, ModiBot will be immortal. People will be making parts on their own and lots of third-party vendors will sell their own ModiBot-compatible goods.

You know what ModiBot is like? LEGO. If you think about it, LEGO’s minifigs are strangely unlike the rest of its toys: minifigs are barely customizable or interchangeable. ModiBot is more LEGO-like than LEGO’s own action figures. So I wouldn’t be surprised if LEGO imitates or buys out ModiBot in the future. I am also surprised that ModiBot hasn’t teamed up with Rob Schrab yet.