Toilet Trike Runs on the Runs

Japanese toilet company Toto has a bike that runs on poop. If you want to save on fuel and produce your own fuel instead, this is the bike for you. The toilet you see there is just decorative, but the engine does run on poop. 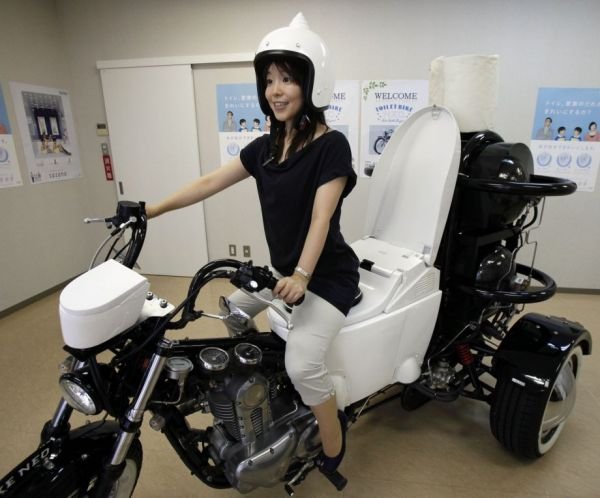 It’s called the Neo and it took three years of research, development and design. It is basically a 250cc trike, with a built-in toilet for a seat. However, I was just kidding about you contributing to the fuel supply, which is actually purified and compressed livestock waste. So it still runs on poop – just not yours.

The bio-gas that it uses comes from the Shika-oi, in Hokkaido where waste and household water are converted to methane gas via fermentation. The methane gas is then converted to bio-gas by purifying. The bio-gas is what ends up in the bike, so there’s no actual manure anywhere, but it’s a fun design that gets the word out about alternative energy.